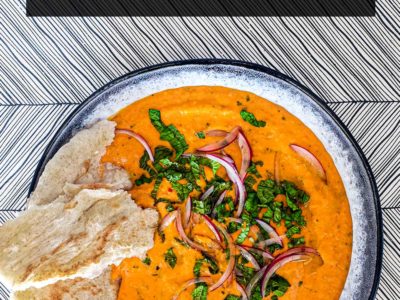 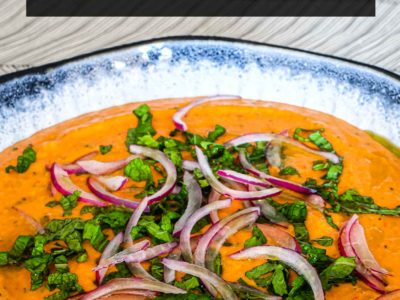 Vibrant, nutty and creamy – this Ajvar Hummus is the perfect blending of colour, flavour and texture as well as being an inspired marrying of European and Middle Eastern cuisines. 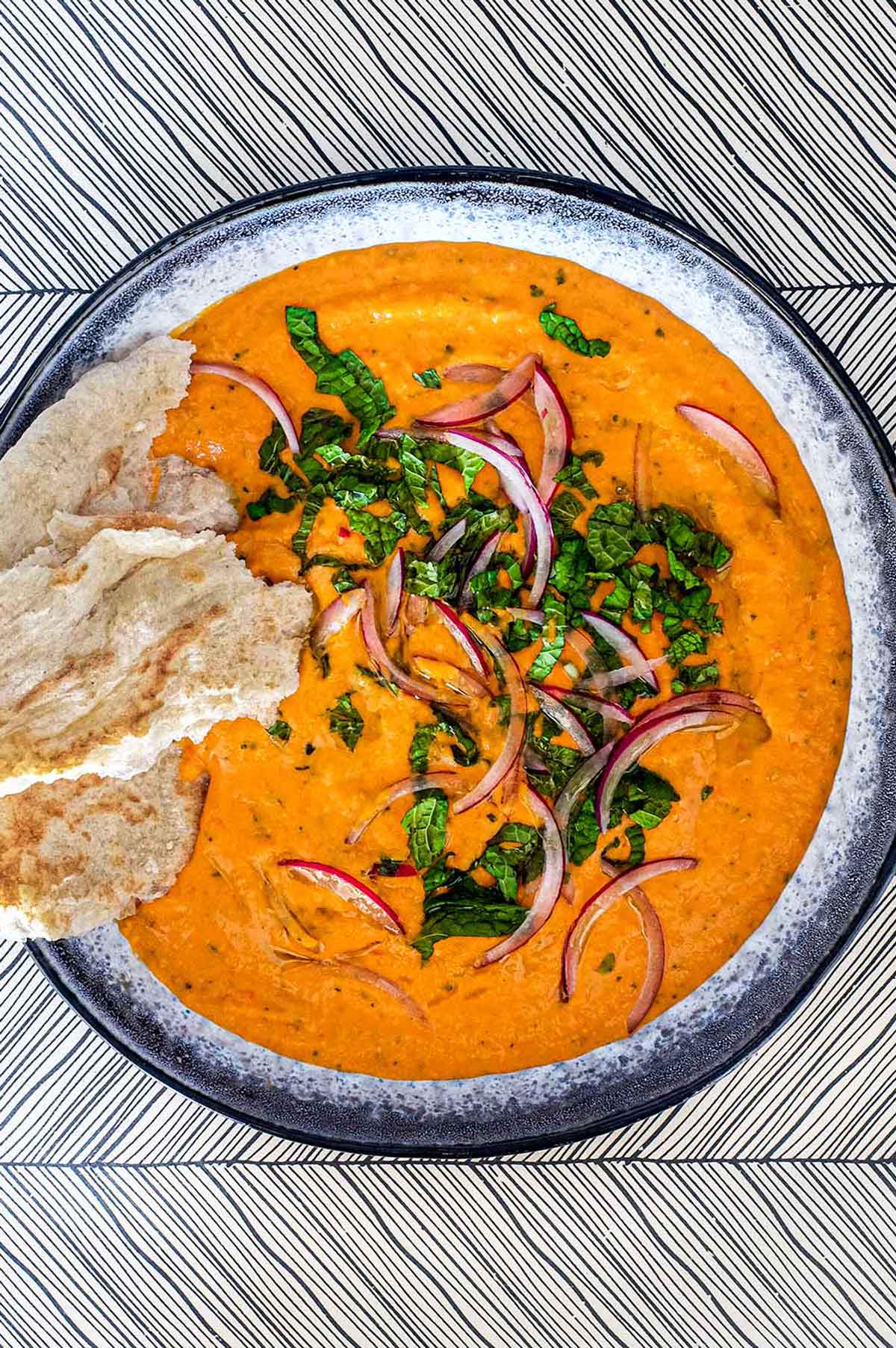 Ajvar is a staple throughout Europe. Used primarily as a condiment, this Serbian pepper paste is used alongside sandwiches, meats and all manner of other Eastern European food offerings. But it's also a handy little thing to have in your store cupboard or fridge to bring to life a host of other dishes. This is where I took my inspiration in this delicious (and I mean delicious) hummus.

Ajvar is a European condiment created from red peppers. Traditionally it is created from sweet red peppers and often comes in varying degrees of spiciness with addition of hot pepper varieties.

Ajvar originated in Serbia, but local variations are ubiquitous throughout the Balkans, including Macedonia, Slovakia, Romania, Bulgaria, Albania and as far as Turkey. Ajvar is served predominantly as a condiment with salads, cold meats, hot meats and sausages and a sandwich spread. 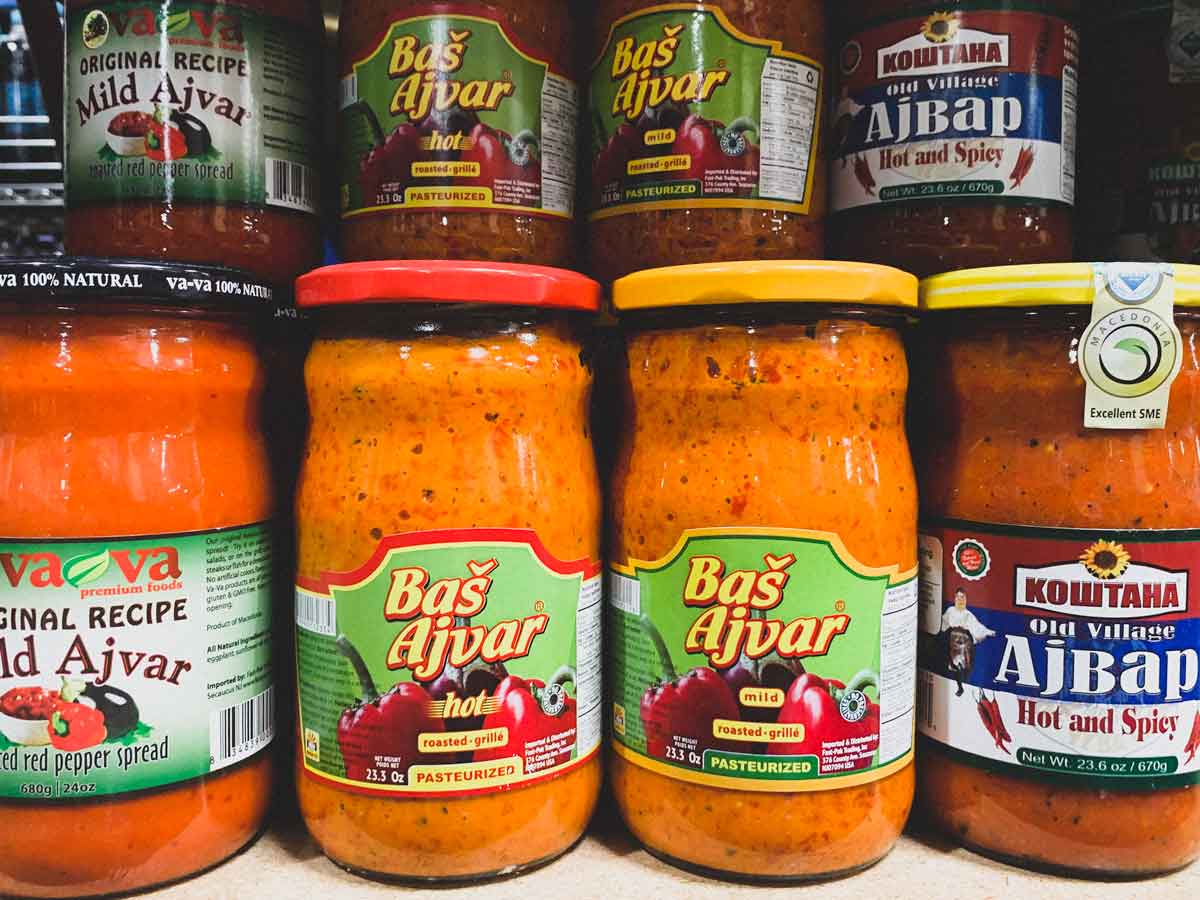 Being a concentrate of peppers, ajvar has lots of flavour built in, a sweet, earthy delight. It's not only useful as a sauce or spread - as a sauce it's a great way to add depth of flavours to other dishes. I've often used a jar of ajvar as a base for a quick and easy lamb stew - I'll simply tip it into a pan with some cubed lamb a little water or stock and cook for 1 1/2 hours until it's tender - it's the perfect three ingredient lamb stew! I'll also often add a little to soups to build on flavour - it brings savoury, sweet and sometimes spice (if I'm using the hot version). While it may not be traditional, it's a great alternative use for a delicious European pantry staple.

This hummus recipe, takes inspiration from a spicy hummus I once ate in Istanbul. That particular dish would most likely have used a similar chilli paste called Biber salçası to flavour the nutty, creamy hummus. Ajvar is widely used in Turkey too, in fact the name originates from the Turkish word 'havyar' for Caviar. In 20th Century Serbia due to the expense of real Sturgeon caviar, ajvar was served in some Serbian restaurants under the name 'crveni ajvar' or red caviar. In this Ajvar Hummus recipe the ajvar is a perfect partner to the nutty garbanzo/chickpeas. There's a sweetness that pairs so perfectly with garbanzo.

Adding Ajvar is a great way to create a spin on an old favourite. I love hummus in any form - did you try my delicious Hummus with Harissa with Za'atar? It's a similar vein to this recipe. But spicier! Oh, and while you're at it, you should also try my lovely Black Hummus. Black garbanzo beans make for a super striking hummus - definitely worth a sample. And lastly, my stunningly delicious Hummus Bi Arnabeet - Hummus with Roasted Cauliflower is a delicious Lebanese favourite.

Perfect party food or 'party for one' food.

I like nothing more than veging out in front of the TV with a favourite show and a bowl of this ajvar hummus. A pile of flatbreads, pita chips or just crusty bread is never far away. It's the most delicious way to spend an afternoon. Once you try my Serbian/Turkish fusion hummus recipe, you'll fall in love with not only the taste, colour and texture - but just how super simple it is to make at home - a 10 minute hummus recipe! Who can argue with that?

How to make my Ajvar Hummus 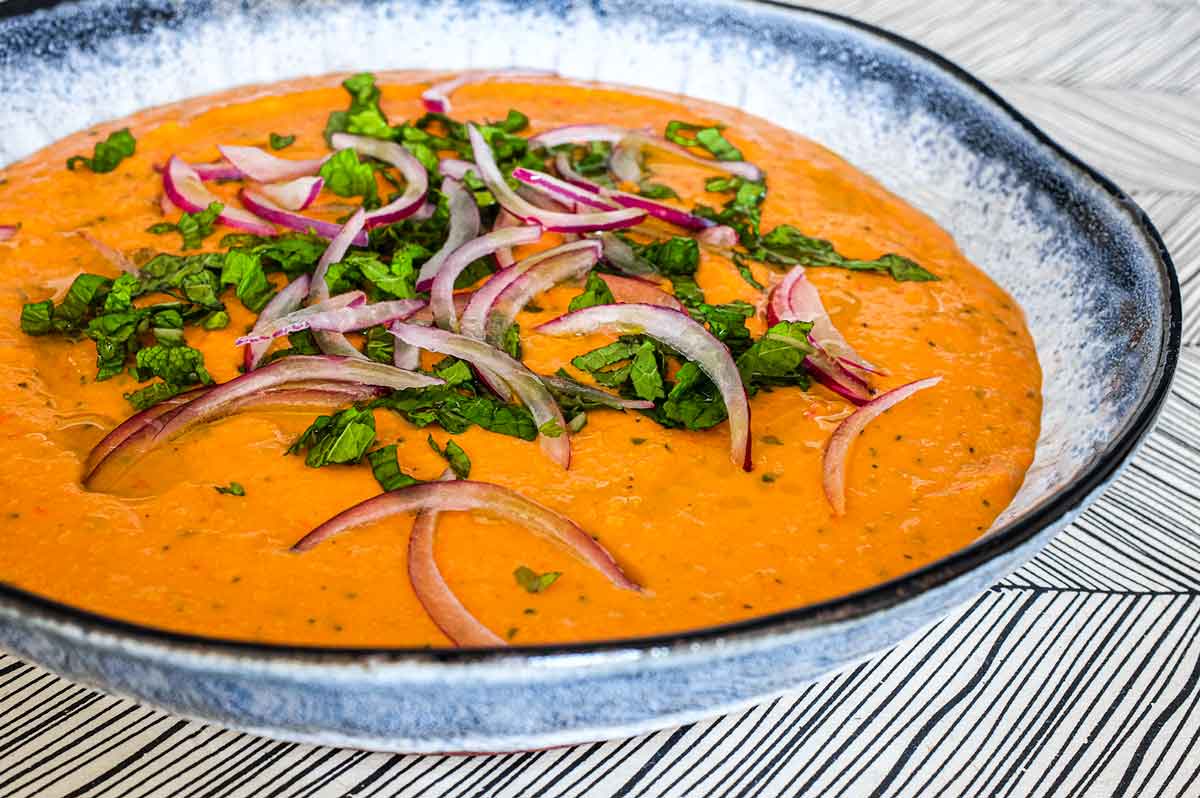 Did you make my Ajvar Hummus? 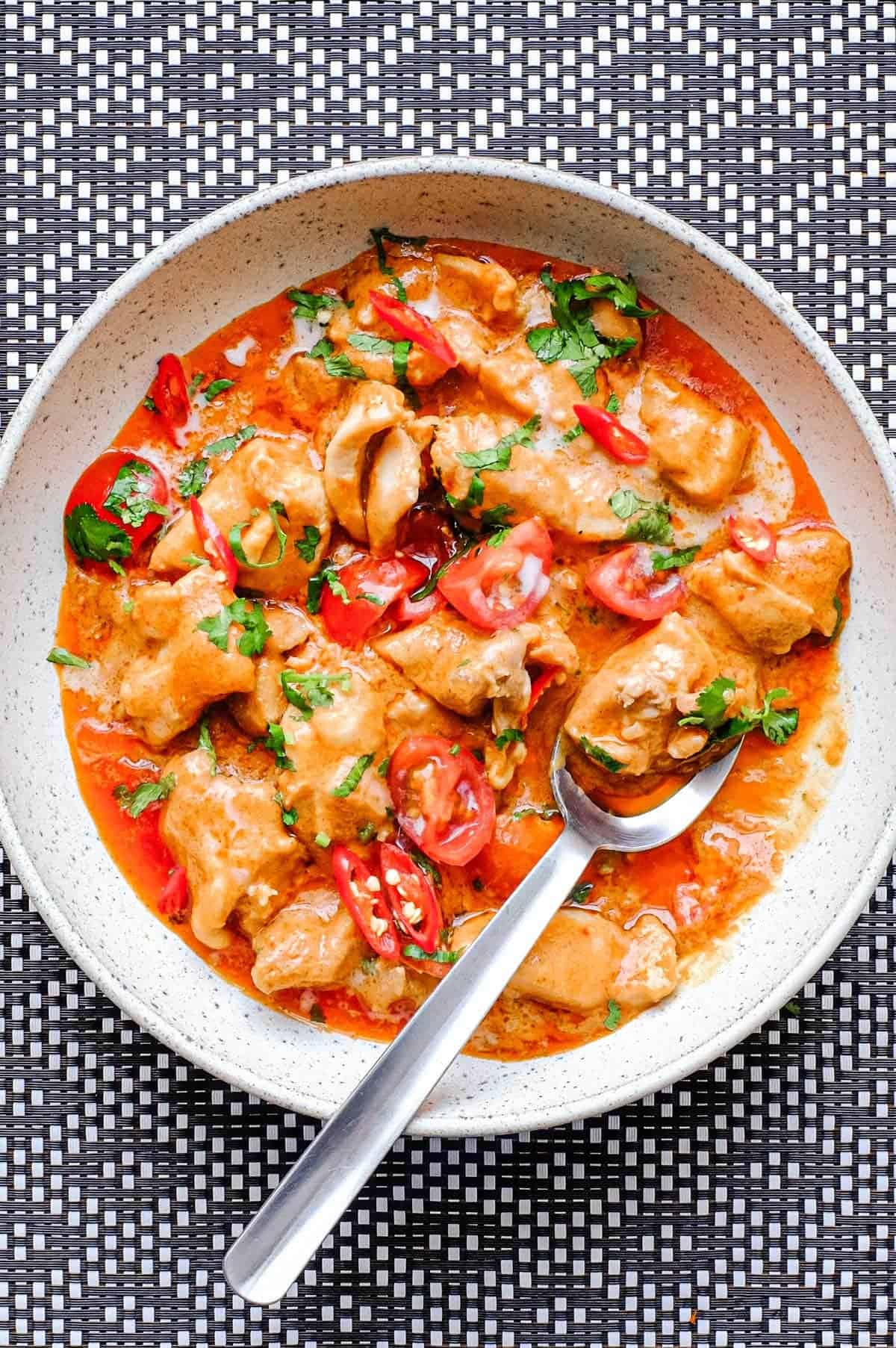 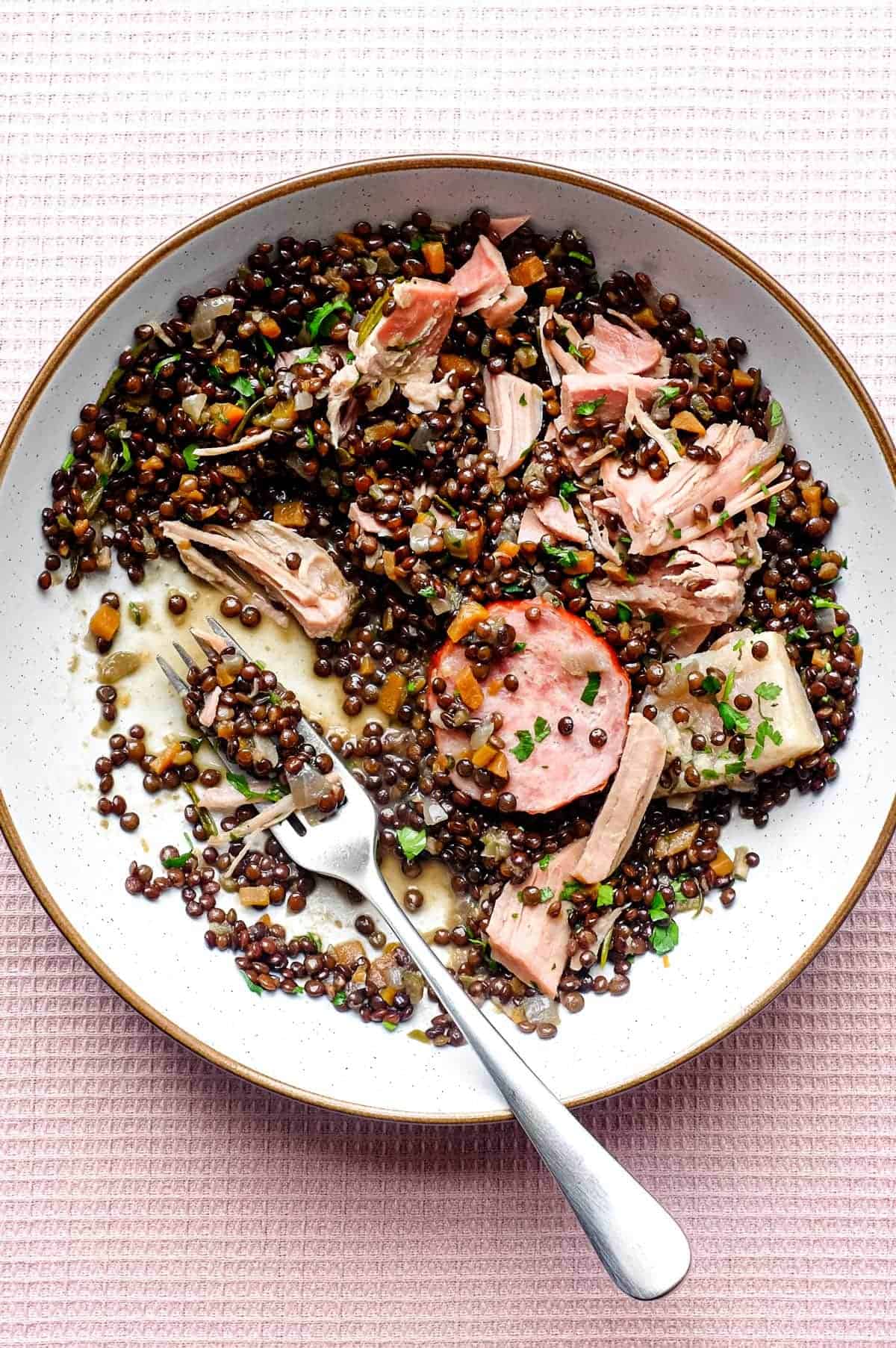 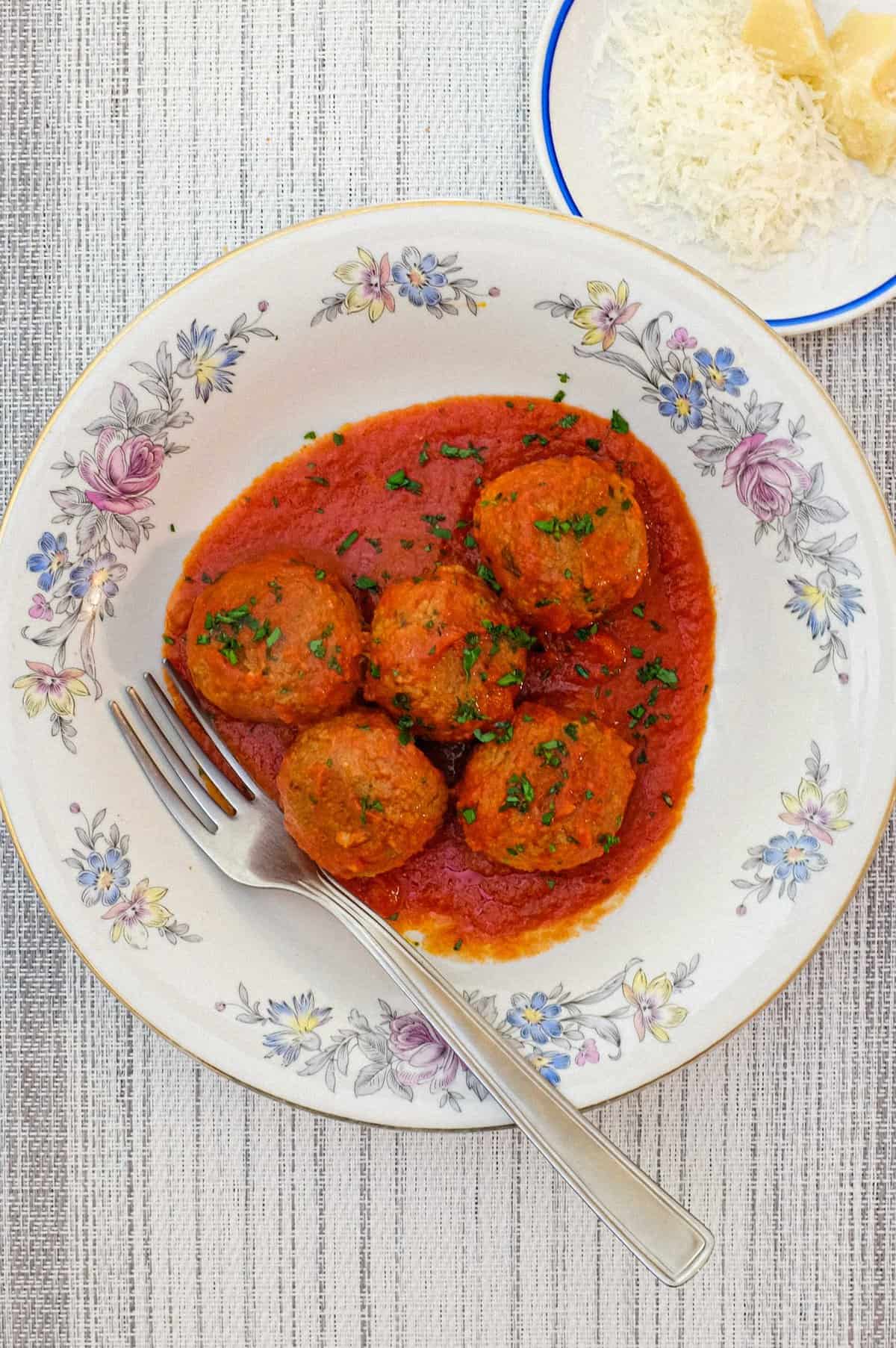 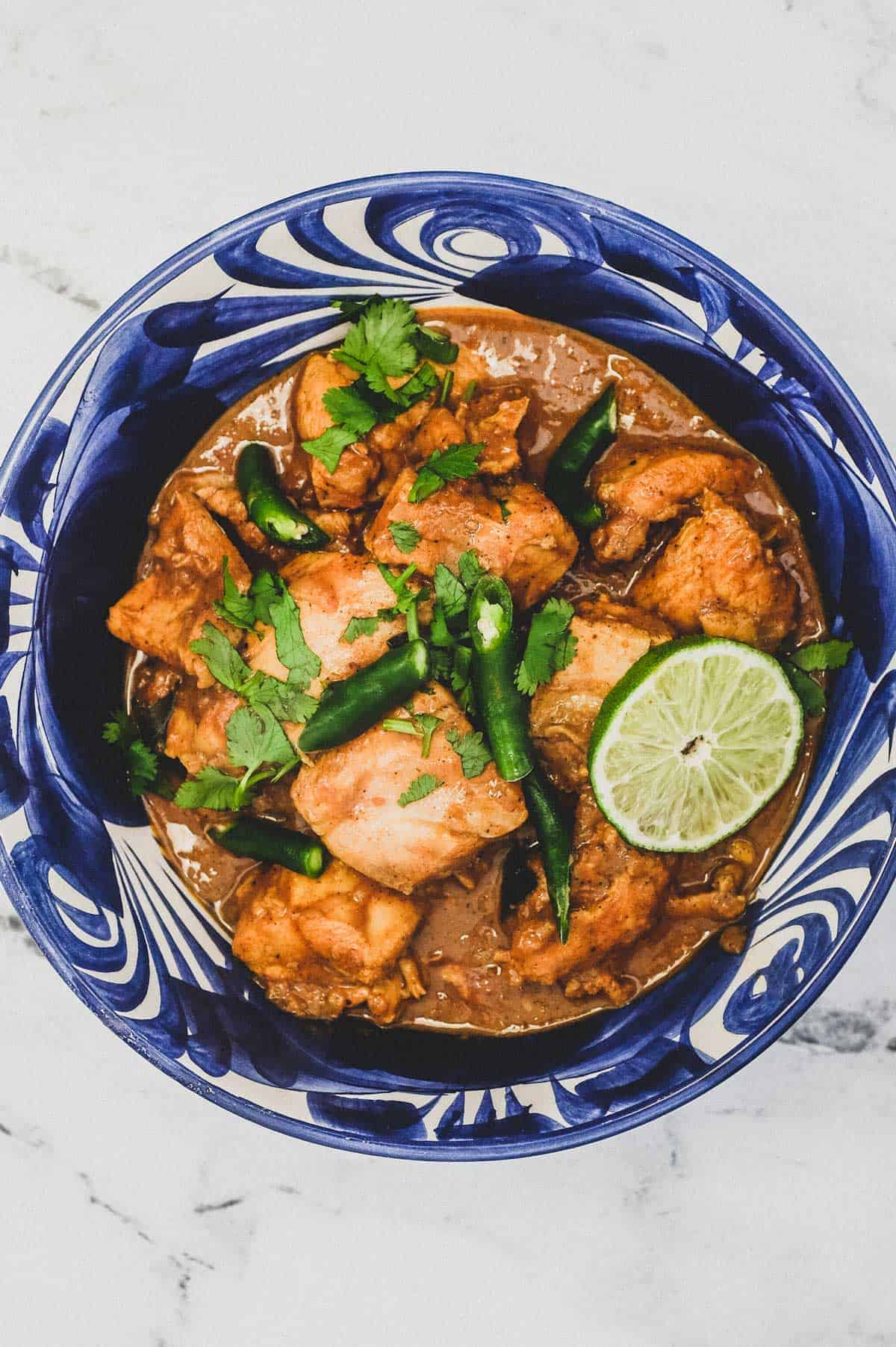 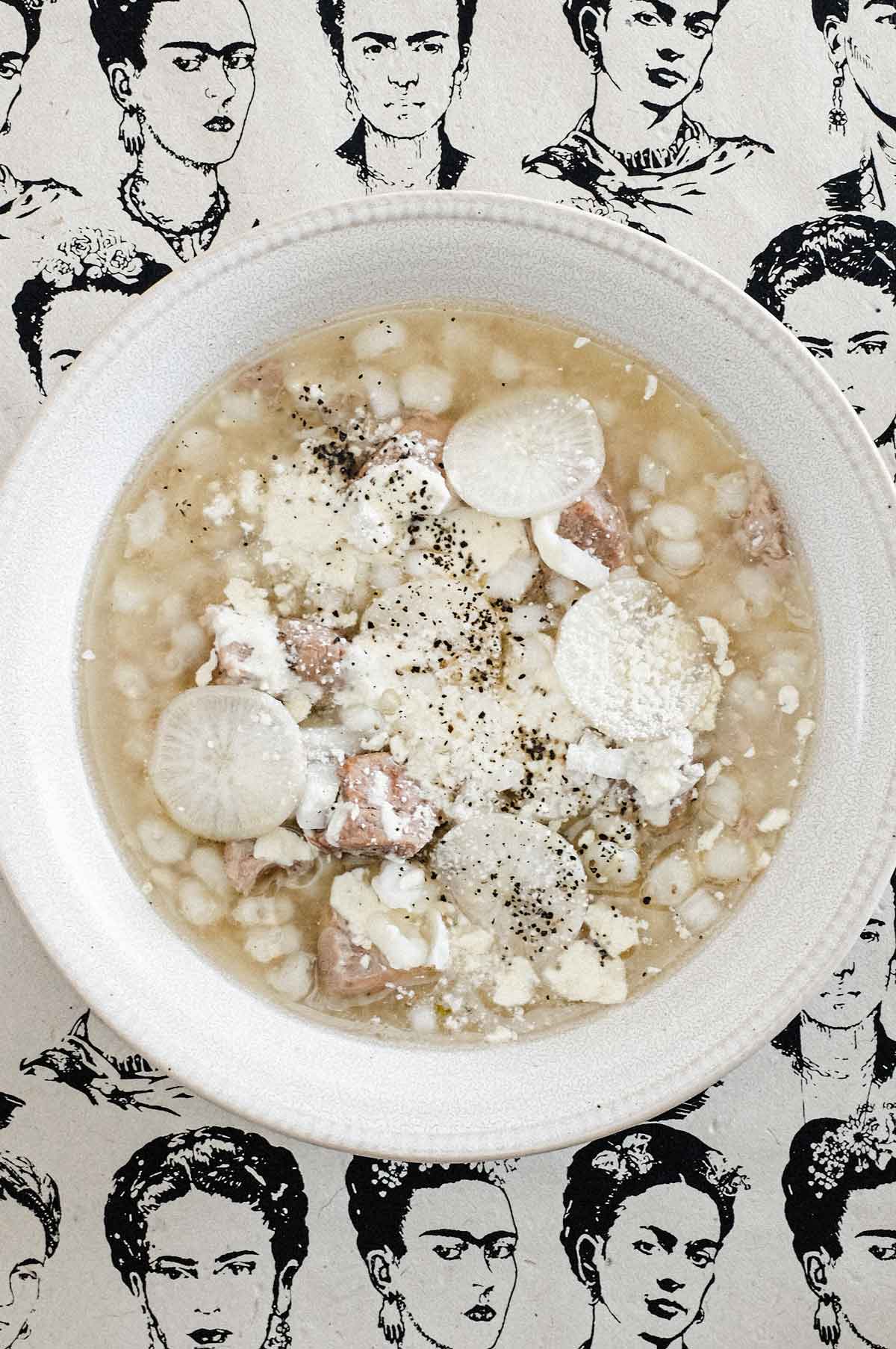 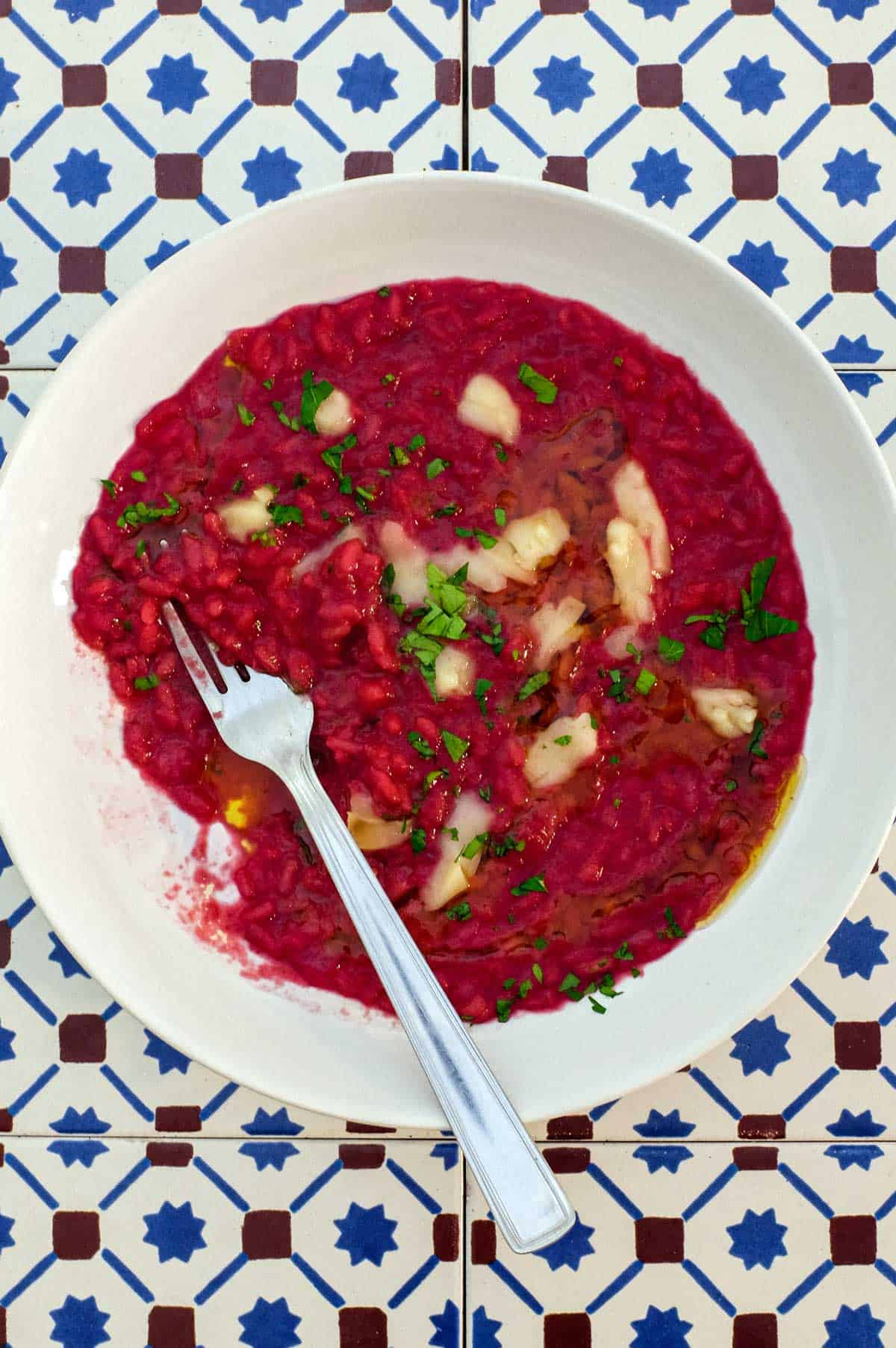 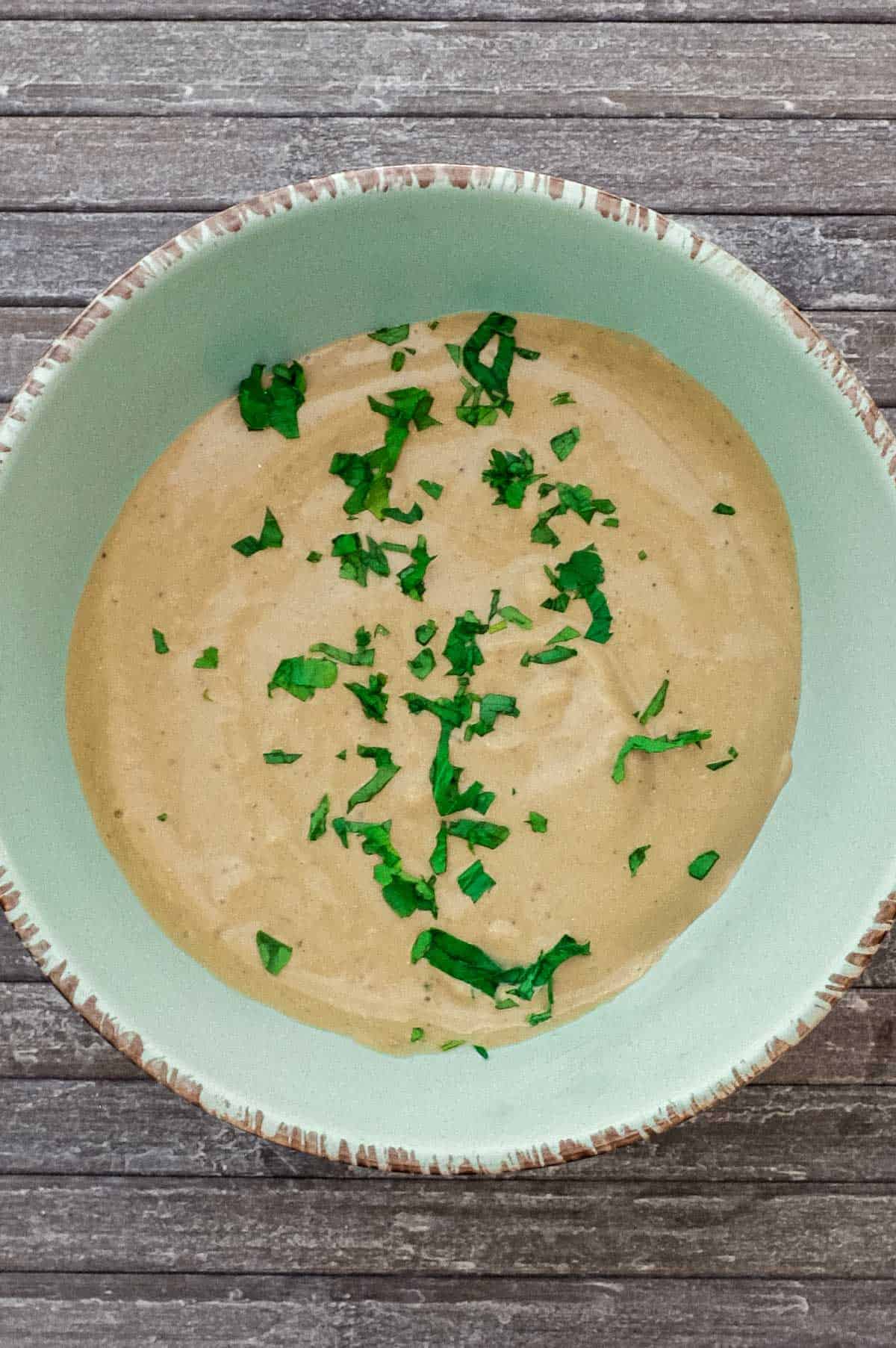 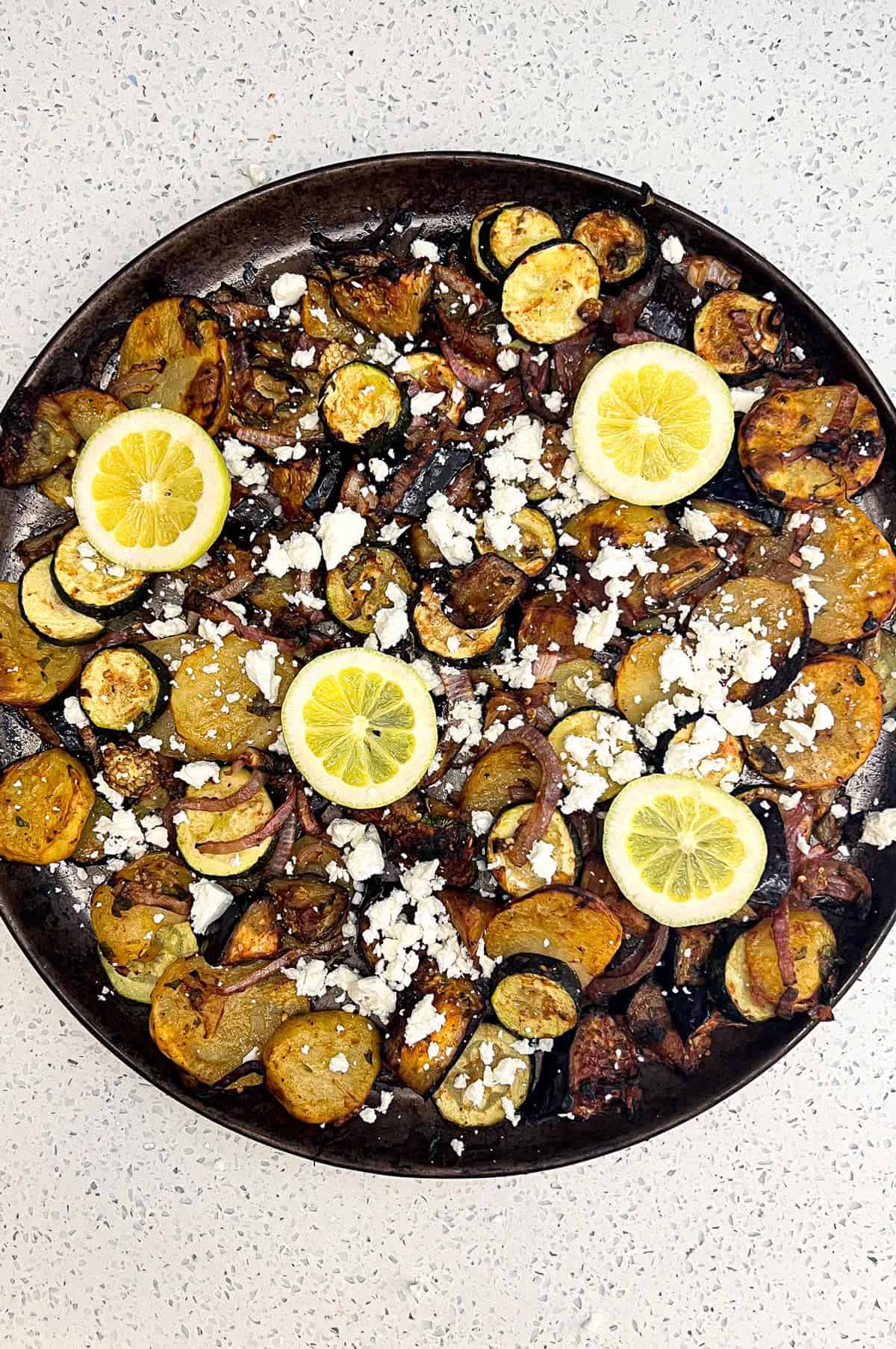 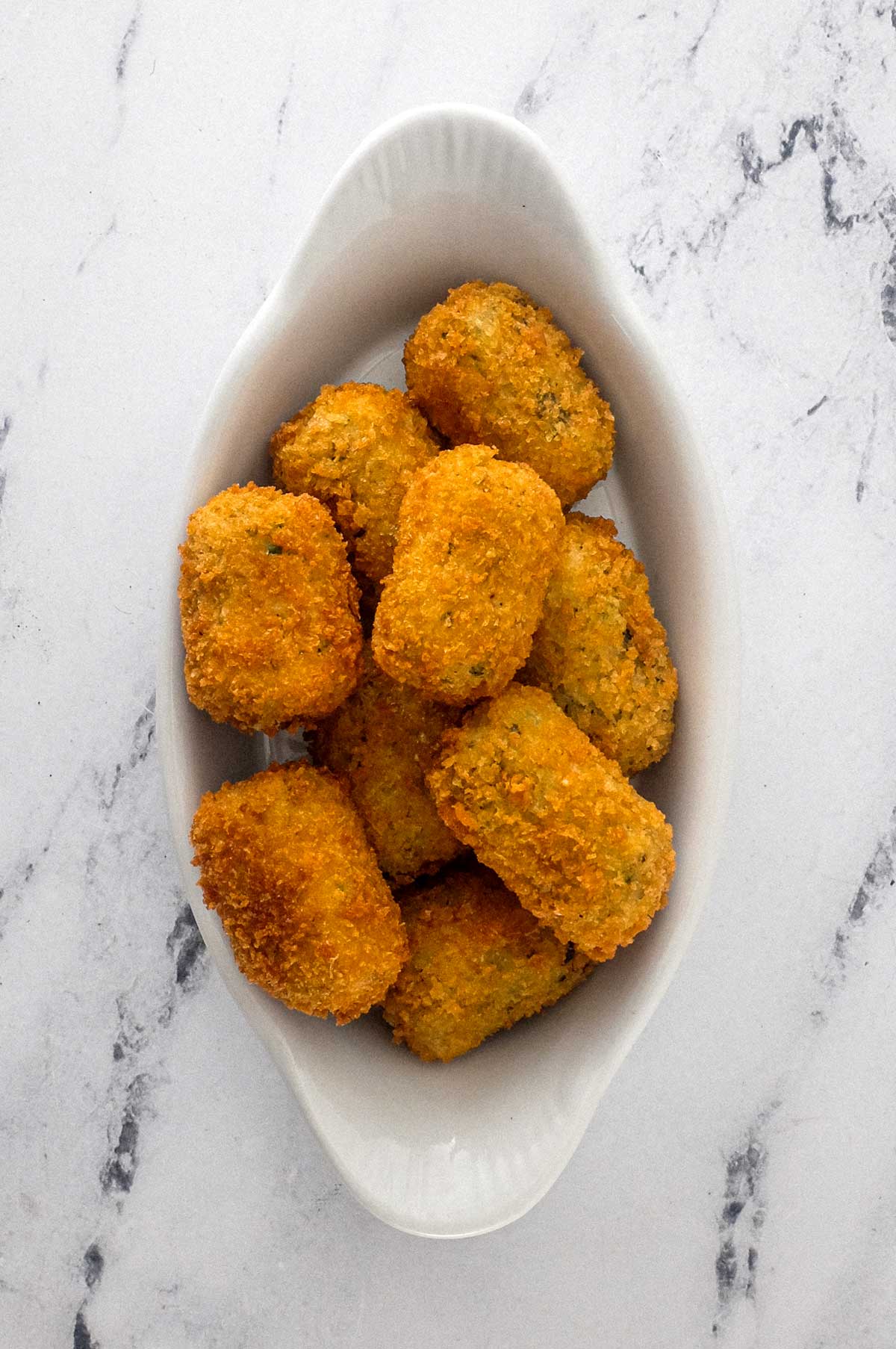