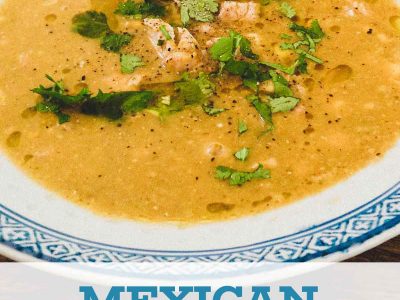 Inspired by a trip to a Mexican market in Mexico City, I recreated a soup I guzzled. A sweet and spiced chicken soup – rich, creamy and completely intoxicating. Learn how to make sweetorn the star of the show with this amazing and simple chicken soup… 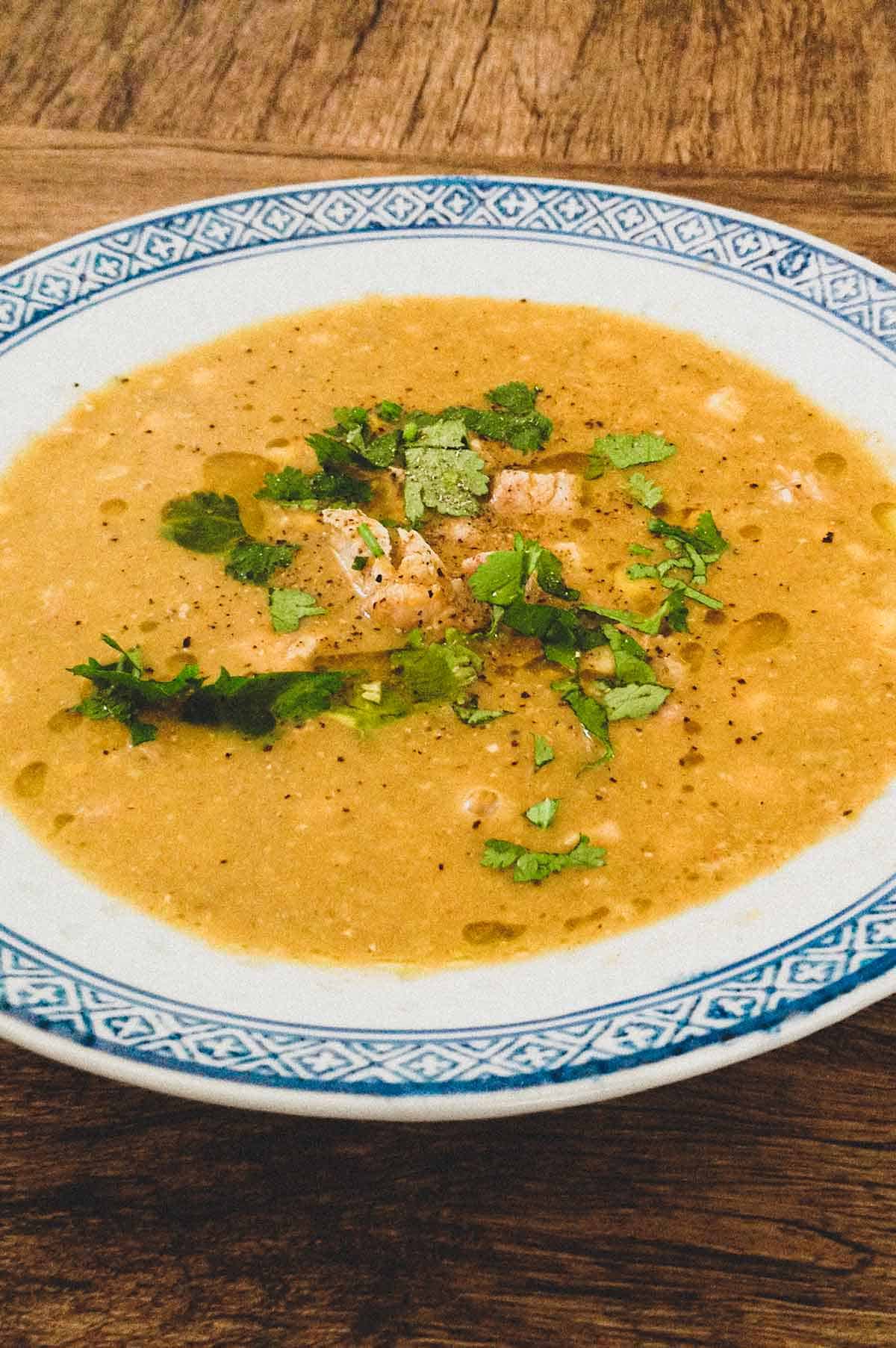 Eating this Mexican Chicken & Sweetcorn Soup takes me back to Mexico City where I first tasted it. I'd been trailing around the city all morning on a sightseeing odyssey. It was mid afternoon and I was stuck in a museum I didn't want to be in. I was growing hangrier by the second. There's nothing less fun than looking at ancient Mayan artefact after ancient Mayan artefact when all you want in life is a taco. I made my plight known to my other half and he knew it was best to get some food into my mouth before I started stamping my feet.

Instead of heading directly to the FIRST person selling food that we could see, I was begrudgingly persuaded (bundled) into a taxi - headed to the famous La Merced - a GIANT market complex, which is roughly the size of the World - It offered more food than I have ever seen in my life. "OK, now feed me!" I silently screamed. We walked about a mile into the centre of the market to a mammoth food court. My cries were answered.

We settled at a small vendor stall, with even smaller stools at a tiny bench. We sat/squatted at the bench trying not to obliterate the dainty plastic stools. We looked like two giant little girls having a very awkward tea party.

An unamused woman at the stall began to tell us what they offered. As I pulled out my phone to Google translate she wandered off. 30 seconds later she returned with a big cup of soup... but still no smile. The soup was an absolutely delicious creamy blended corn soup with a hunk of roasted chicken resting on top. I've never been happier in my life.

It was a slightly spicy soup, with an earthy sweetness from the corn. It was such a triumph! Maybe it was just relief at finally eating, but it's one of the most delicious things I've ever tasted (I say this about every meal).

We followed this with some dubious/terrifying tacos that featured gelatinous parts of animals I'd never dreamed of eating - nor intend ever eating again, but nothing can take away from the flavours of that soup. I've made my own version at home on many occasions and now that I'm in the USA, where the corn is some of the best in the World, this soup is growing closer and closer to the Mexican version.

I just love Mexican food! I especially like to cook Mexican style - I live in a predominantly Mexican neighbourhood so the ingredients are plentiful. Some of my most favourite dishes are from Mexico. Why not try one of my all time favourite soups Posole Rojo or Posole Verde... red or green, both are delicious! And I can't wait for you to try one of the best street foods on the planet from Baja California; Baja fish Tacos from Ensenada - simply put, they are a sensation!

How to make my Mexican Chicken and Sweetcorn Soup 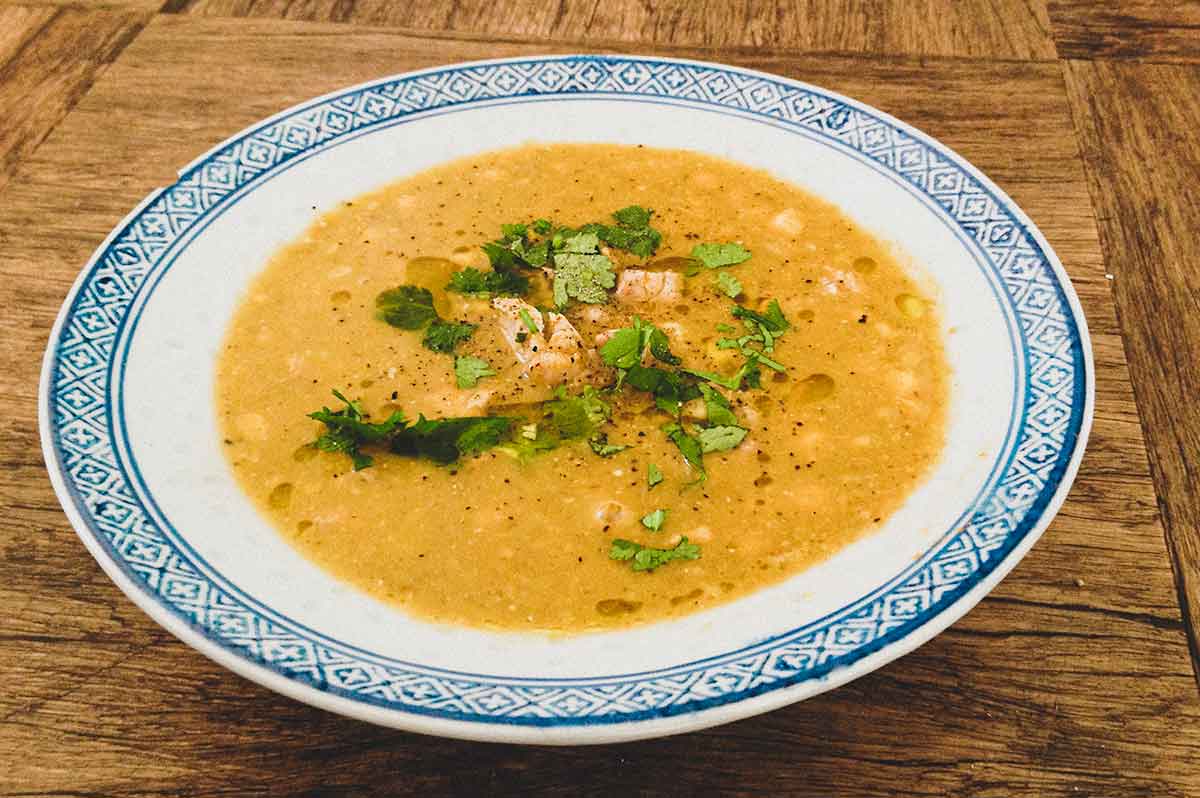 Did you make my Mexican Chicken and Sweetcorn Soup?