Healthy, hearty and super-easy – this triumphant bean stew from Italy packs a tonne of flavour while being substantial and filling. See for yourself how salami brings any soup to life! 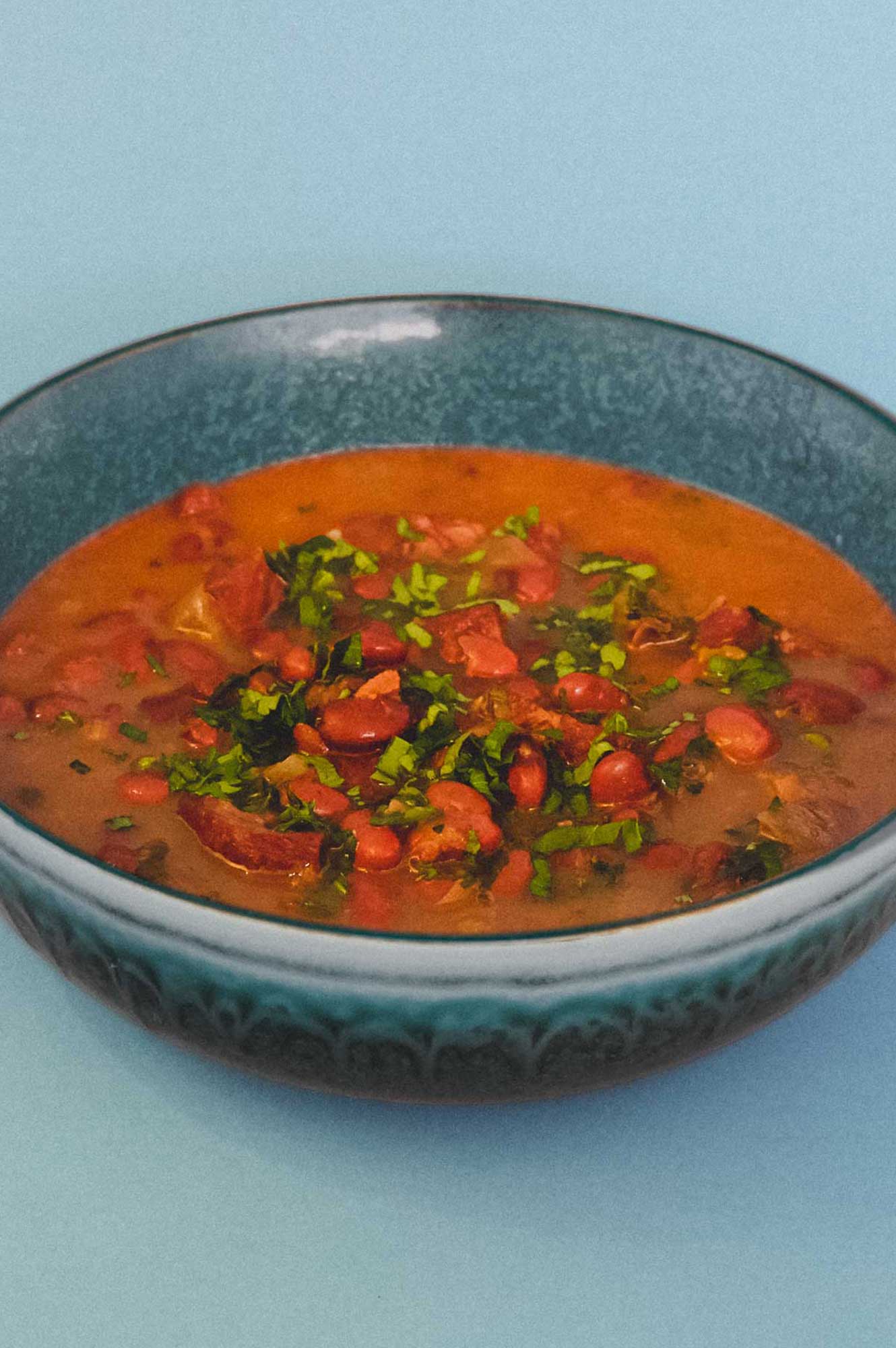 This delicious Red Bean & Salami Soup came about after a store cupboard and fridge audit. I didn't want to leave the house to buy ingredients because, lazy - so was hell bent on living within my means! I needn't have worried - I think my entire street could live comfortably through the apocalypse from the contents of my cupboards.

During my exploration, I happened upon a small packet of Rancho Gordo Domingo Rojo heirloom beans that I'd enthusiastically bought a few weeks/months/years ago. My cupboard is so full of beans, there's barely any room for all the other whim purchases! It was high time I used them before a giant beanstalk made its way from my kitchen.

After a glance in my similarly jam-packed fridge, I rediscovered my carefully curated bag of salami end-bits and began to join the dots for this magical soup recipe. Italian was the direction!

These Red Beans were small - like a miniature kidney bean, so I guessed they'd work wonderfully with sausage. The salamis I had were all fennel infused so I didn't need to help the soup with herbs. It was a self-flavouring sauce!

Because of hungry, I also decided to cook the soup using the pressure cooker so that I could eat sooner rather than later. The recipe gives you timings for both, so fear not. I hope you enjoy - it was super tasty! Just as a note about pressure cooking - get yourself an Instant Pot. I held off for years, but wouldn't be without it now. Just do it.

How to make my Red Bean & Salami Soup 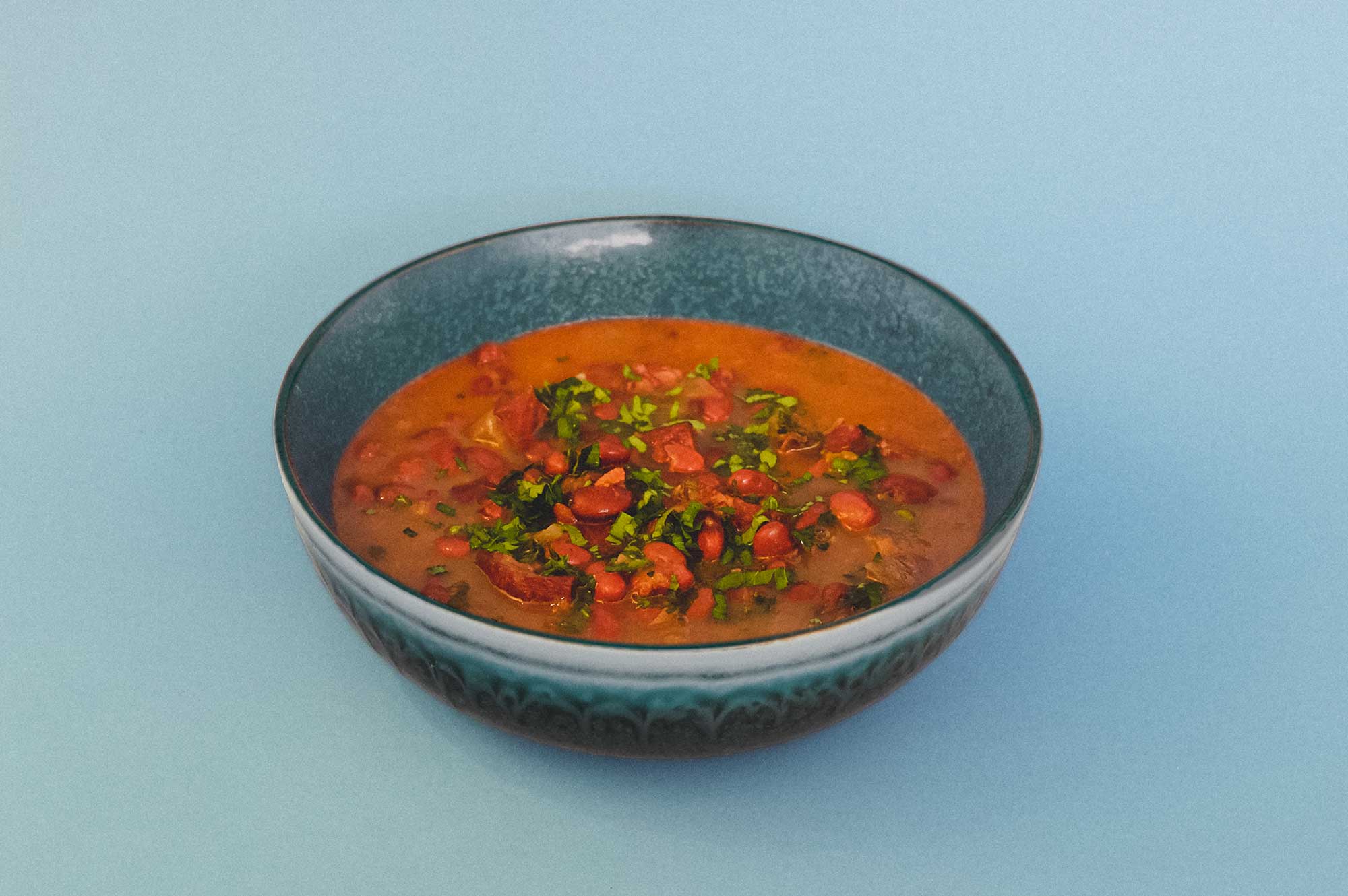 Did you make my Red Bean & Salami Soup?