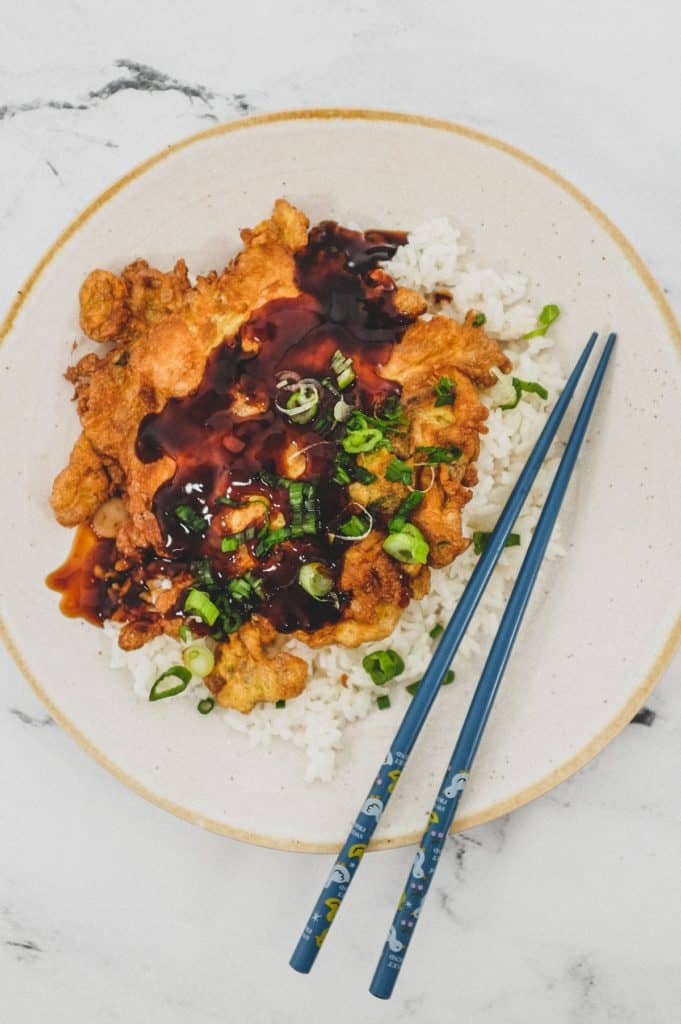 These fluffy and crisp egg pancakes are one of my all time favourite Chinese dishes. Chicken Egg Foo Young are a little retro, a lot tasty – learn how to make them at home… 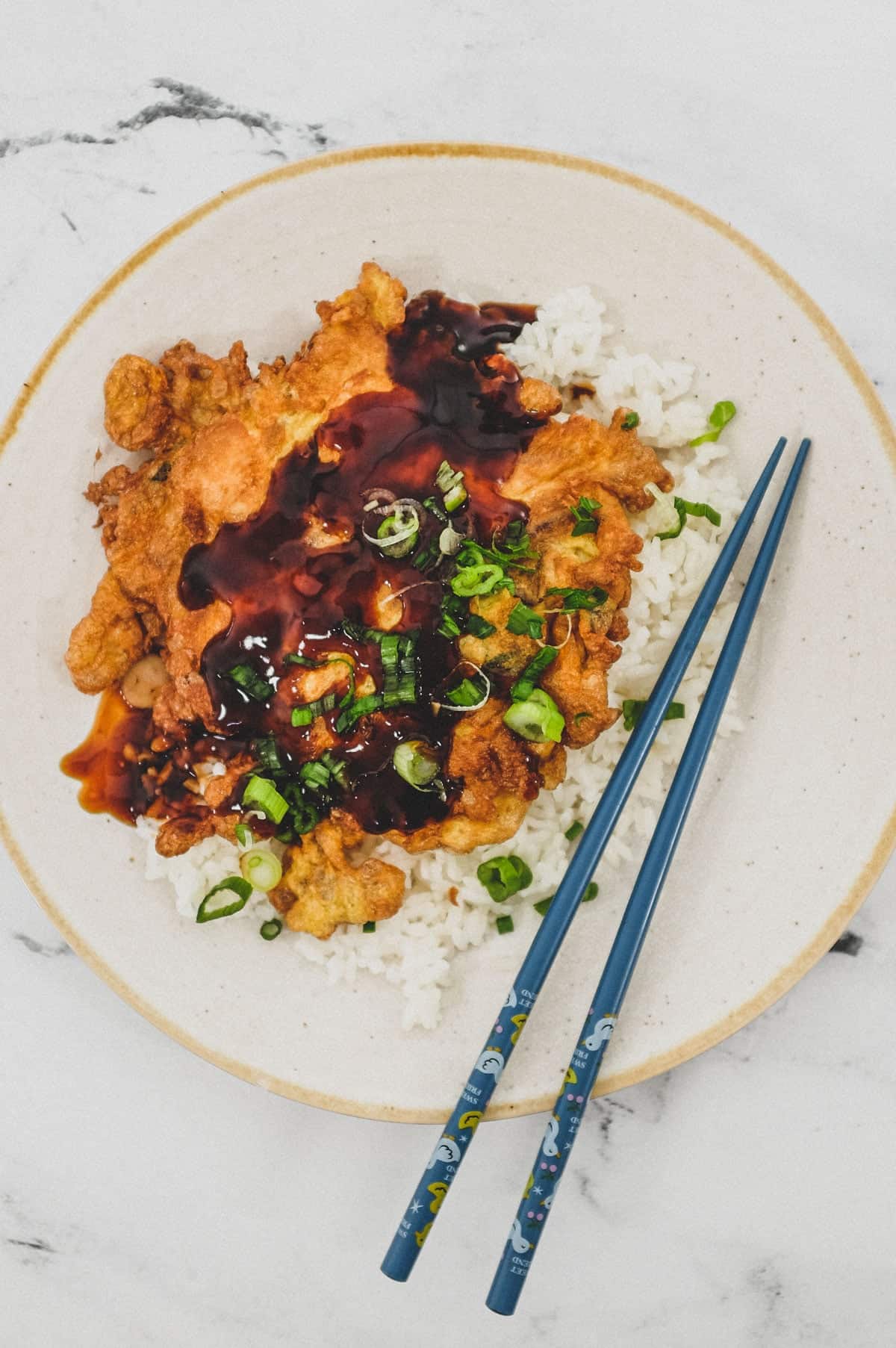 If there’s one dish that reminds me of home back in the UK it’s the dish I ordered most at my local takeaway, Chicken Egg Foo Young. I wouldn’t ever need to even ask, the second I walked in, my friend behind the counter would just nod. I rarely ordered anything else, and in fact, the last time I visited the UK, I went back to my local and he was still there, and STILL knew what I was about to order, some 20 years later!

What is Egg Foo Young?

Egg Foo Young is a simple Chinese omelette that originates from the Cantonese cuisine of the Guangdong region in China, making its way into Chinese Indonesian, British Chinese and American Chinese cuisines. Foo Young consists of fluffy, deep fried egg patties that are combined with all manner of ingredients they have a crisp outer from frying and a soft, fluffy interior. They're quick and easy to prepare and full of flavour.

My favourite combination of flavour is onion, mushroom, spring onion, beansprouts and sometimes water chestnuts. That said, I’ll make foo young with whatever I have at home, including peppers, cabbage and green beans. Mostly I’ll make my foo young with chicken or shrimp, but often with neither - a vegetarian foo young pretty delicious too.

The fluffiness of an authentic Egg Foo Young is achieved by frying the patties in quite a bit of oil. Deep frying egg foo young, achieves the fluffy, and lightly crisp exterior while remaining soft and tender inside. You can’t achieve this buy cooking like a regular omelette. If all that oil doesn't appeal, you can of course cook with less and still have a tasty Chinese omelette. 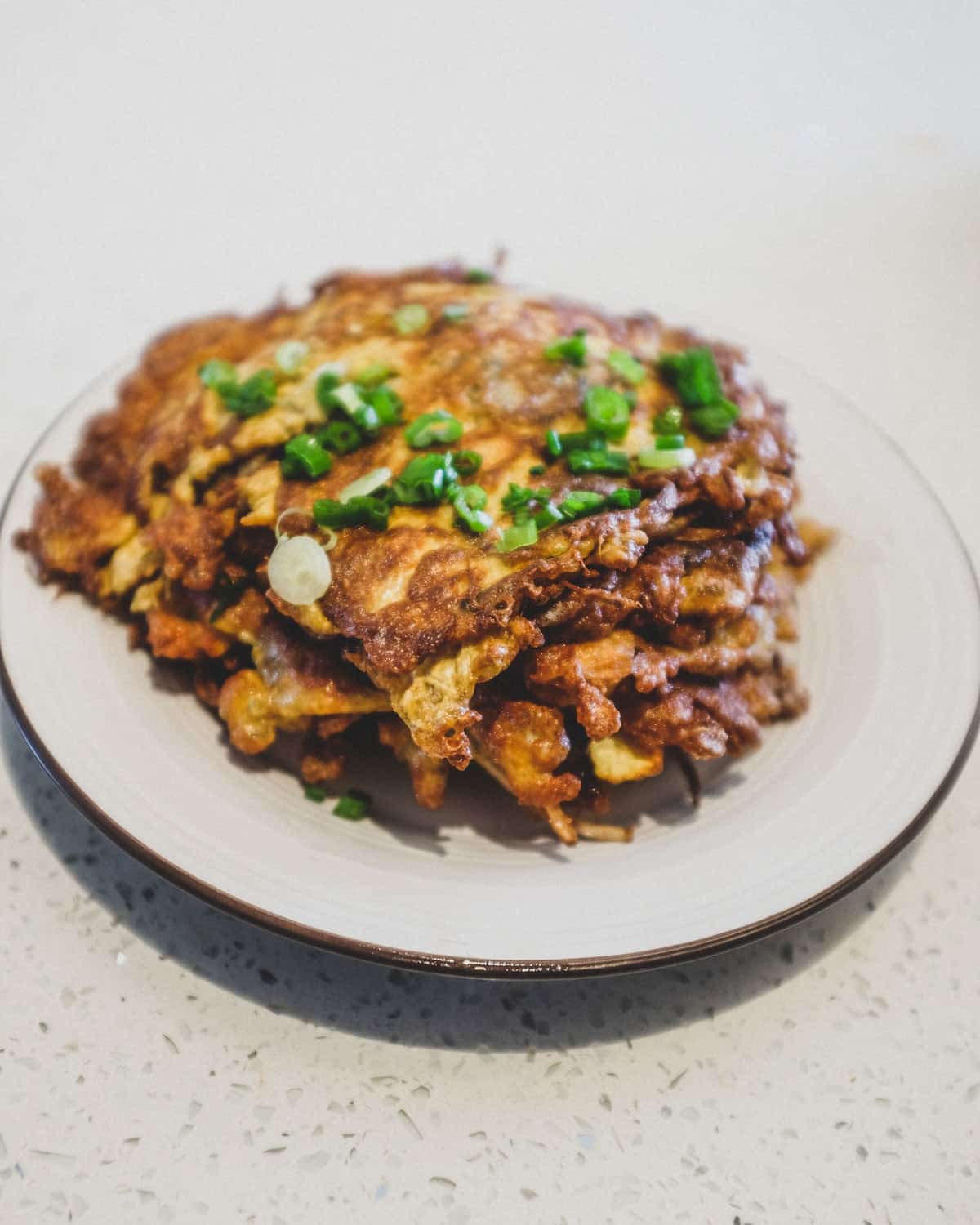 How to eat egg foo young

This recipe makes a bunch of small patties which are perfect over steamed rice (or french fries/chips in the UK) with a drizzle (or glug) of the wonderful, special gravy on top. The gravy is essential in giving a hit of umami to the dish. The great news, is that making the gravy is simple, just a combination of a few store cupboard ingredients. 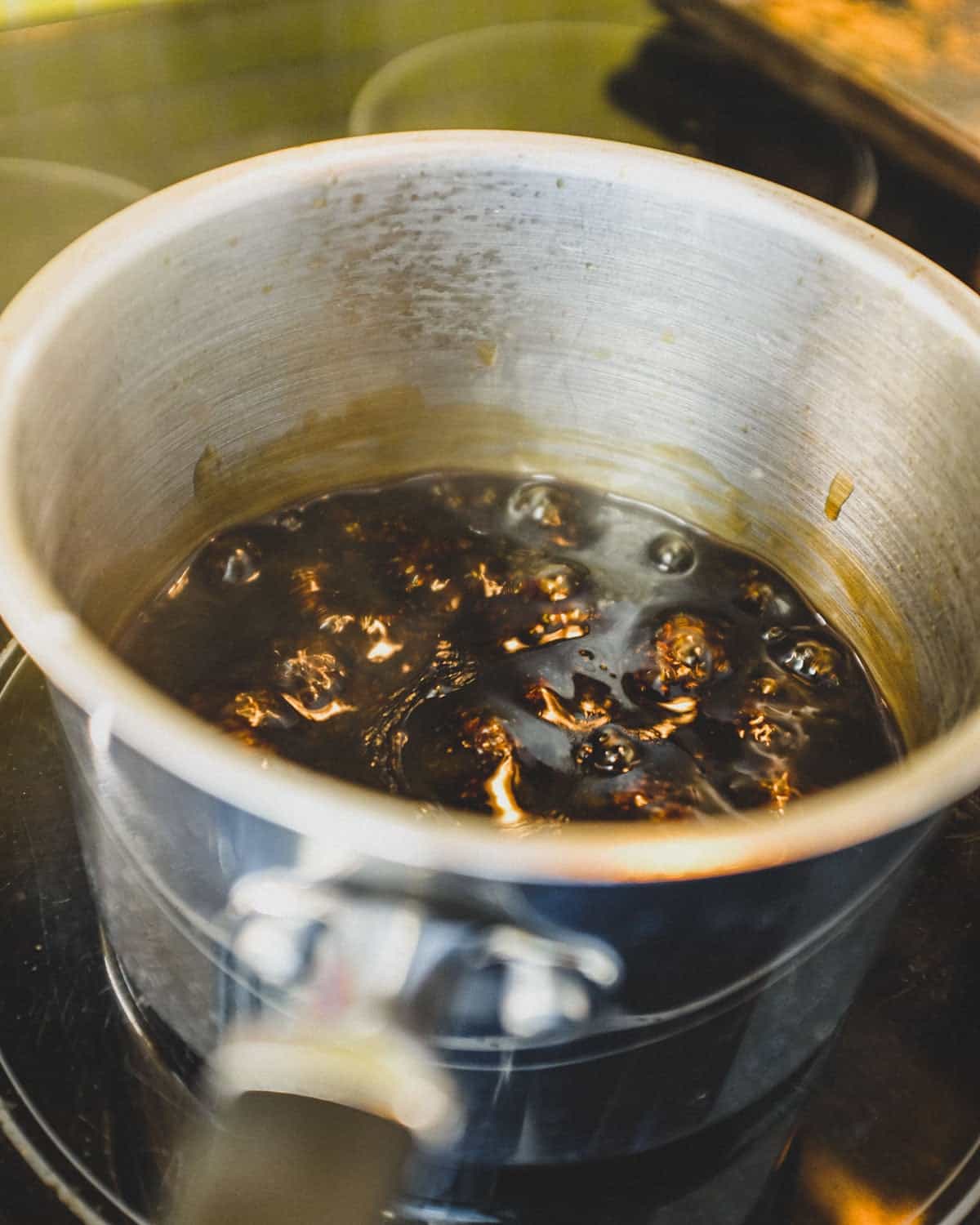 How to make Foo Young Gravy

Your umami-filled gravy is simple... You can also make this in advance and heat it up when you’re good to go. Here's what you'll need.

Scroll through the pics for a step by step guide

So, to achieve restaurant quality Chicken Egg Foo Young, my recipe will show you  just how easy it is. You can make the patties in advance and simply heat in a hot oven for 3-4 minutes when you’re ready. It’s a trip down memory lane every time I make them, each time I’m reminded why it was the only dish on the menu! 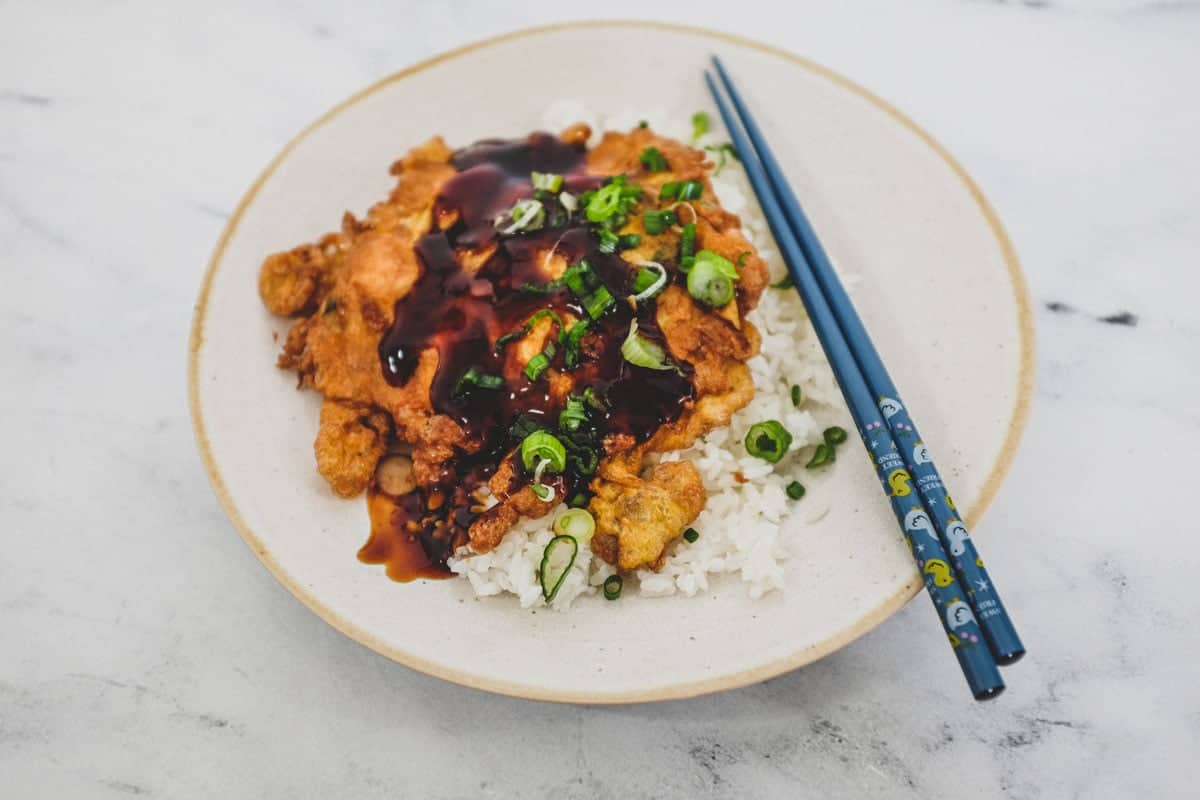 For the Foo Young

To make the gravy

To make the foo young patties

You can cook the foo young in advance and heat for 5 mins in a hot oven or even eat cold, but they're at their best just out of the pan, hot and crispy!

Did you make my Chicken Egg Foo Young