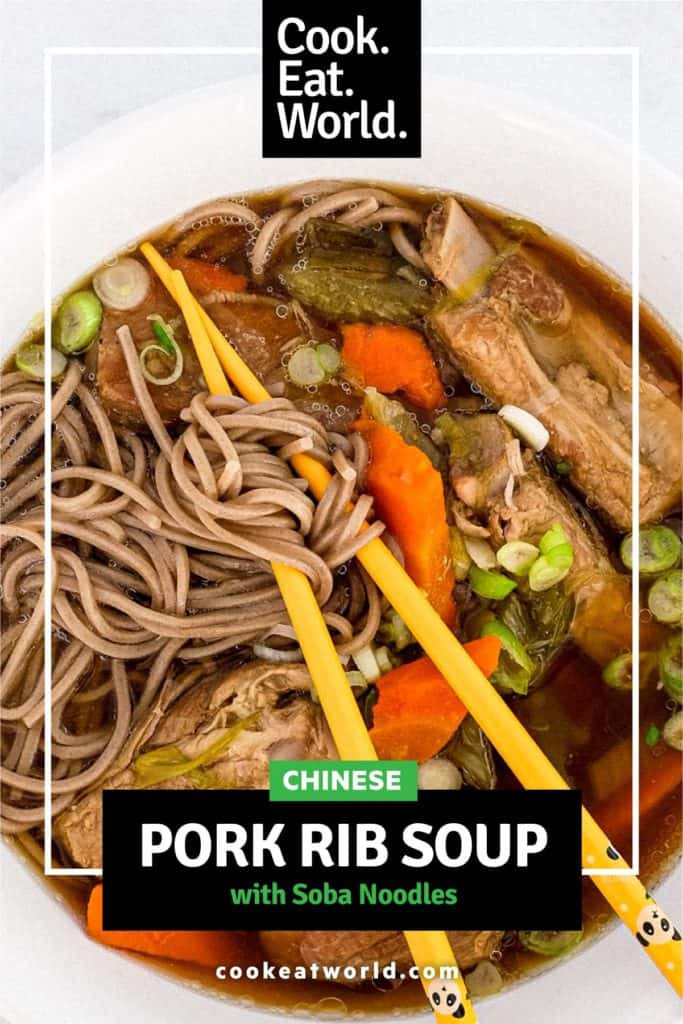 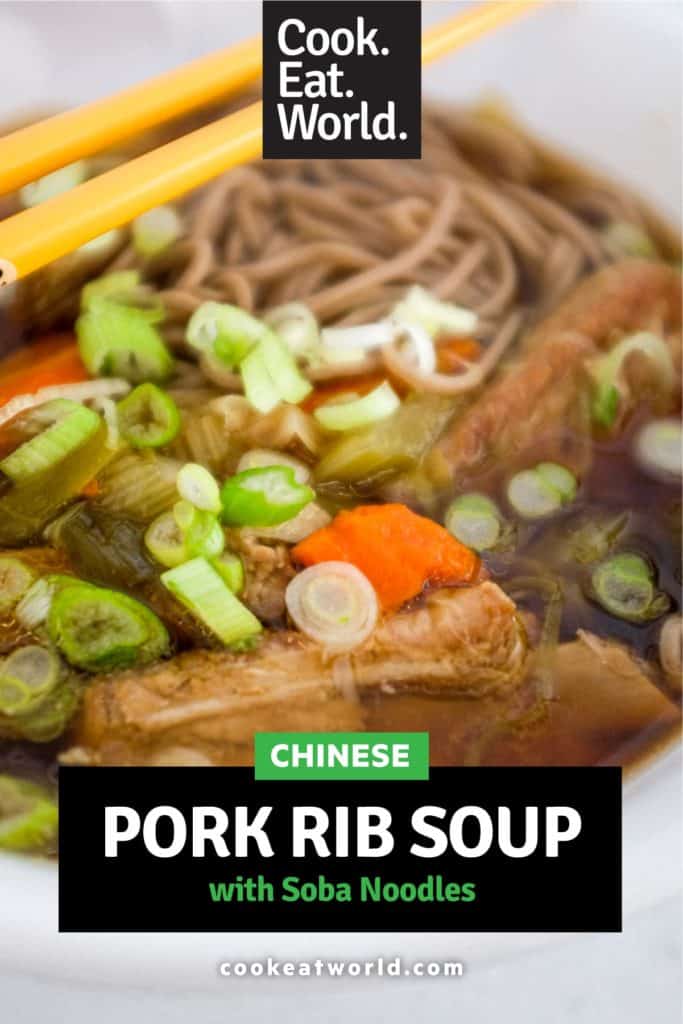 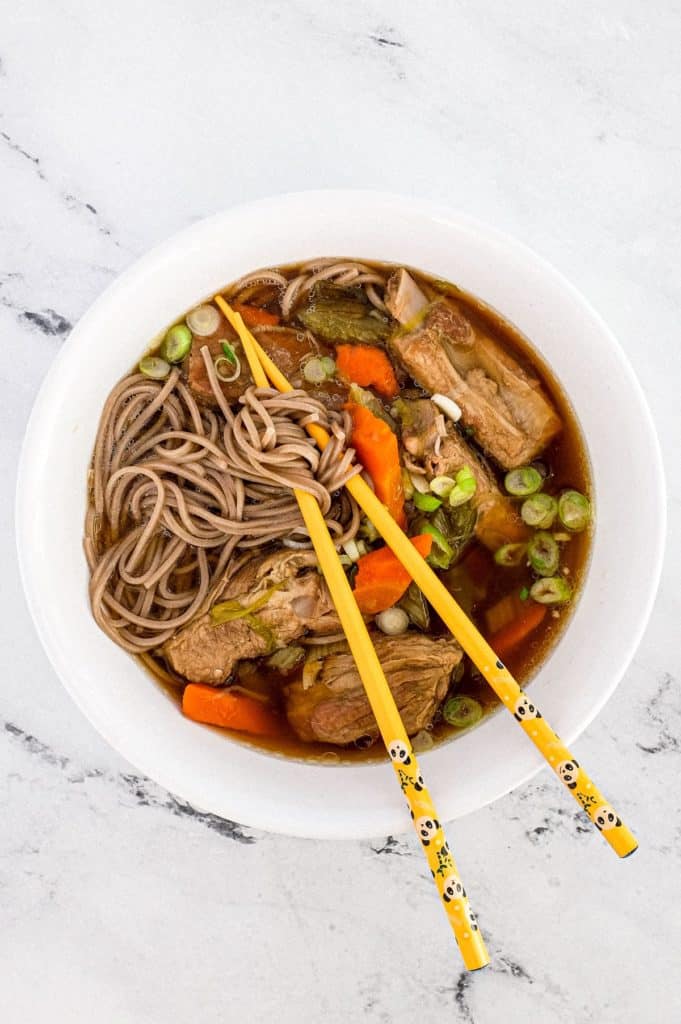 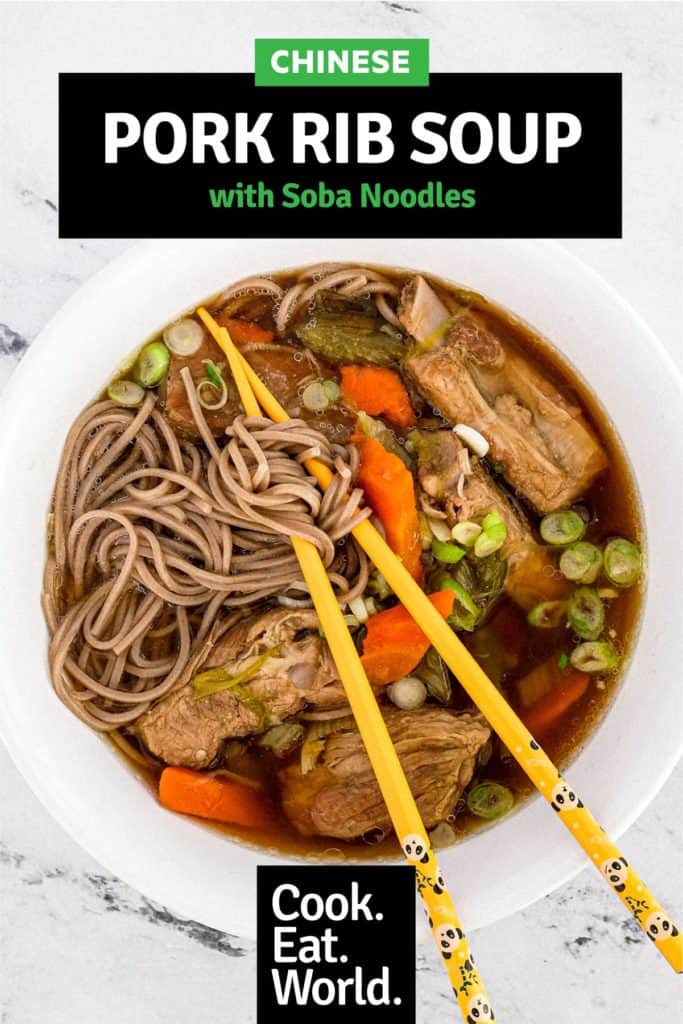 Juicy and meltingly tender pork spare ribs are bathed in the most umami, fragrant pork broth in this delicious Chinese inspired soup. Soba noodles continue the journey into Japan and add a wonderful nutty flavour and soft texture. A noodle soup guaranteed to leave you with a smile.

This Pan Asian pork rib soup recipe takes influence from both China and Japan. The umami greatness of a slow cooked Chinese Spare Rib Soup is one of life's great treats. Juicy, soft pork slips effortlessly from the bone and the pork bone broth is surprisingly fragrant and flavouful.

I've been making spare rib soup for many years, it's a no fuss soup that takes care of itself and never fails to warm every inch of the soul. Normally I'd either eat as a straightforward soup, maybe adding some potato or turnip near the end to add texture and sustenance, but more recently I've included noodles to make it a noodle soup option.

What's in a noodle?

There are SO MANY types of noodles to choose from and I've included many in this pork rib soup recipe in the past; from egg noodles (spaghetti), rice noodles, wonton noodles and even cellophane (glass) noodles. But it's a recent addition of Japanese soba noodle that has become my favourite.

I'm not usually one to mix cuisines, but I love soba noodles so much and just wanted both together - just to see - and I wasn't disappointed!

What are Soba Noodles?

If you're unfamiliar, soba noodles are made from buckwheat flour and have a distinctive brown appearance. They have a lovely nutty and earthy flavour with a soft texture. They're eaten across Japan as a cold preparation with dipping sauces or in hot soups, making them perfectly at home in this soup.

This soup is a great soup to pop on the stove and forget about - it slowly comes together, filling the house with super umami flavours. A slow braise ensures all the flavours get the time they need to come together into one harmonious bowl of goodness.

There are not that many ingredients in this soup but they deliver big on flavour. There's a full recipe below, but here are the key flavours. 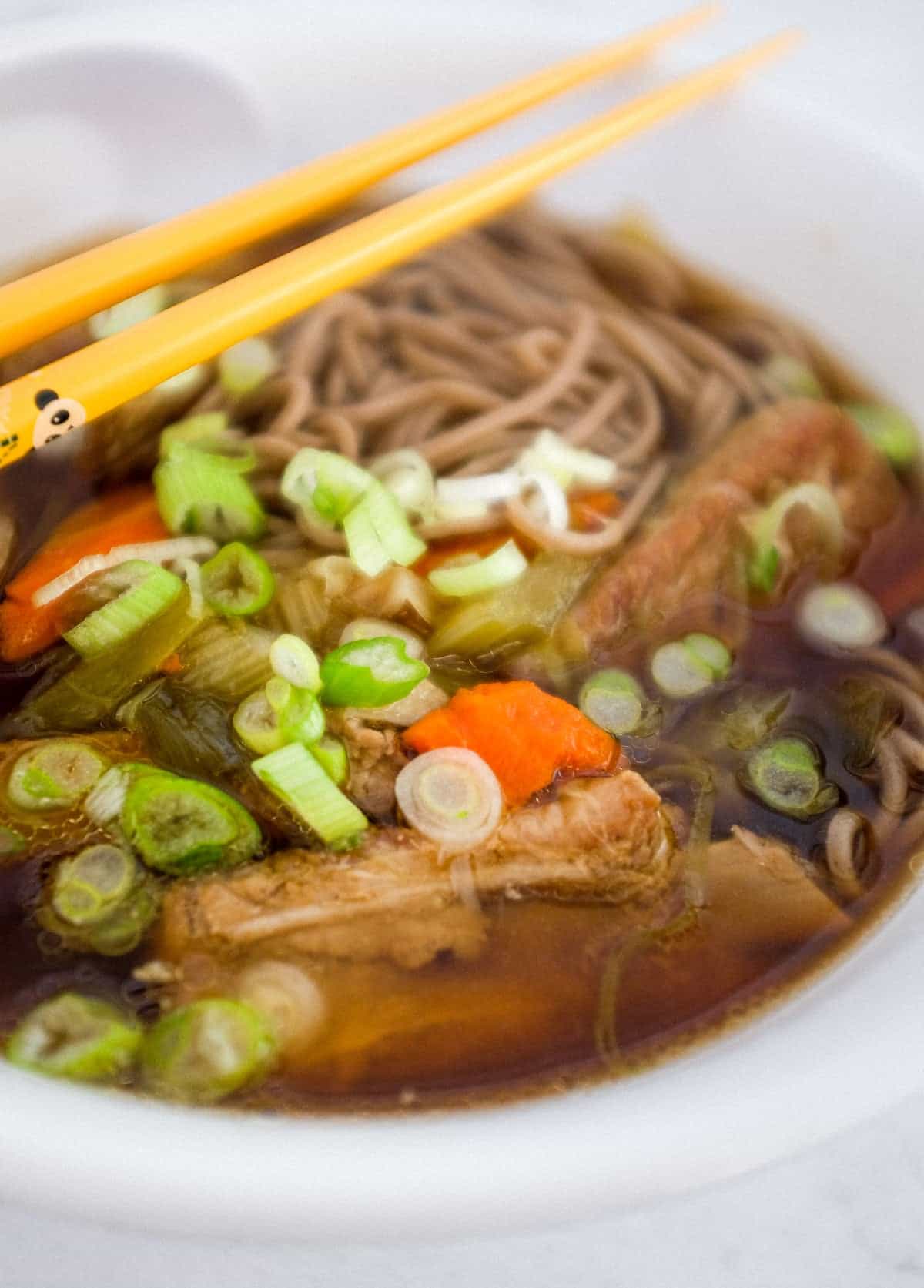 This soup is no fuss, just let it create the flavours over time. That's all this soup needs to be honest. Patience is a virtue.

Who doesn't love a big old bowl of soup!? It's one of my most favourite things to eat. Discover my Best Soup Recipes in the Cook Eat World series or sample some below: 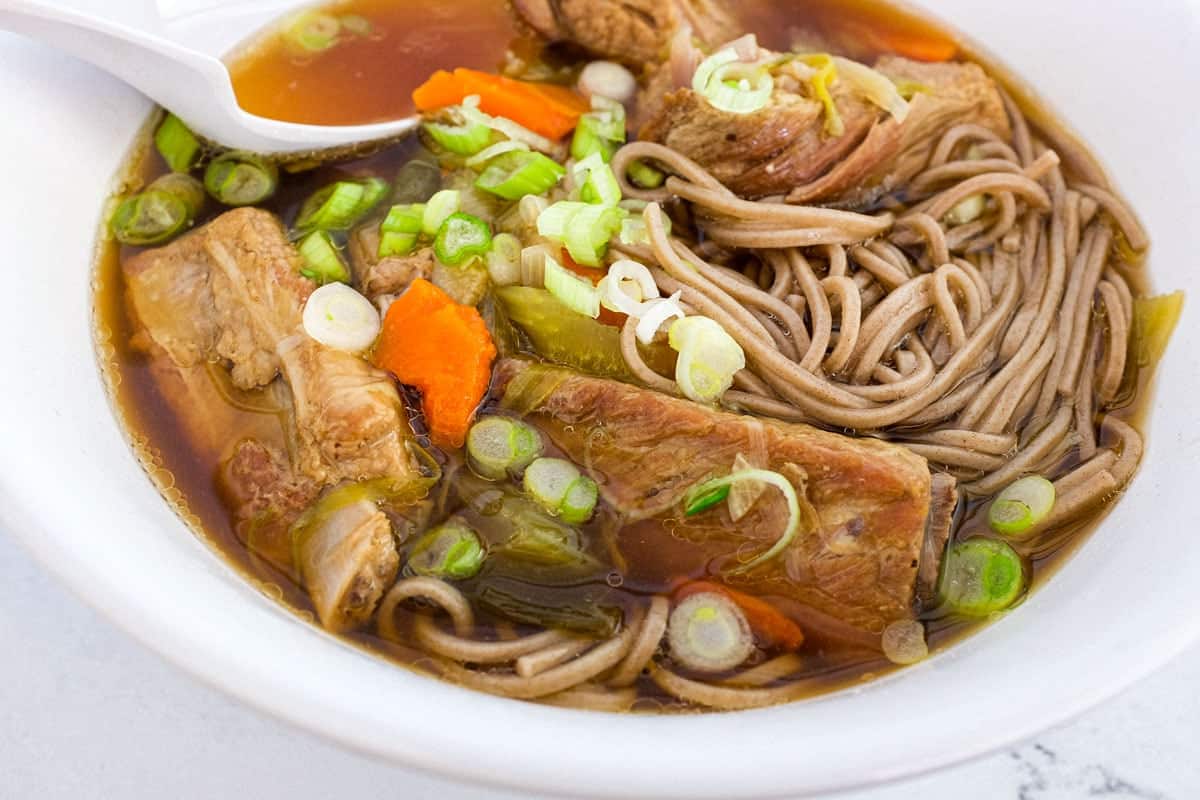 Did you make my Pork Rib Soup with Noodles