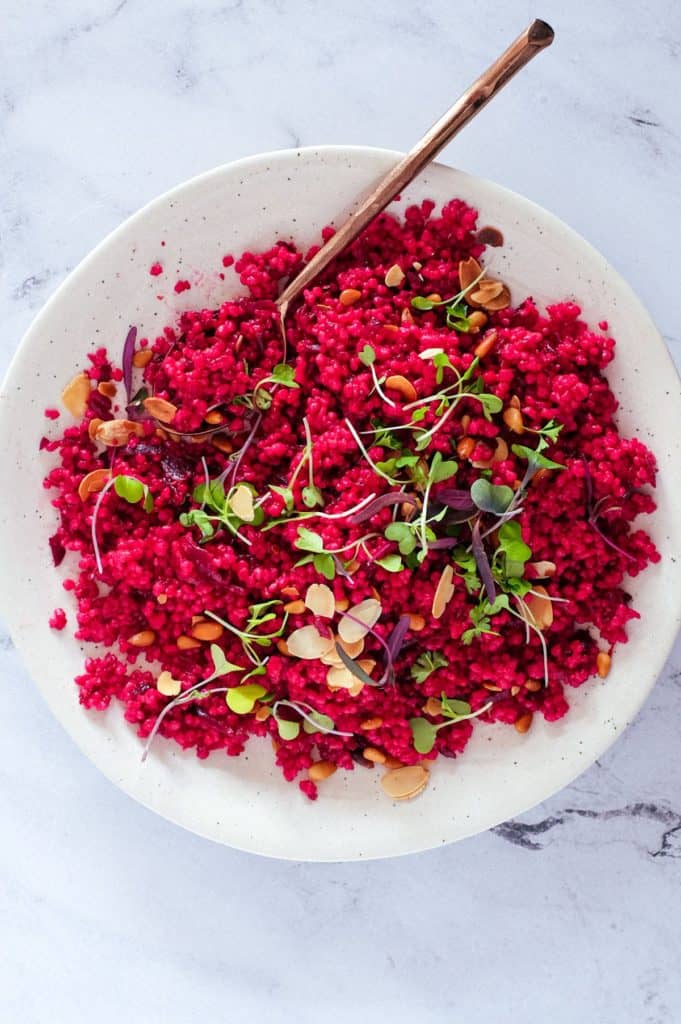 For the most vibrant, flavour-packed couscous, beetroot is the perfect addition. A pink hue permeates the soft pearl couscous and leaves us with not only a visual feast but an earthy, sweet taste to boot. This is one of the most delicious couscous dishes ever! 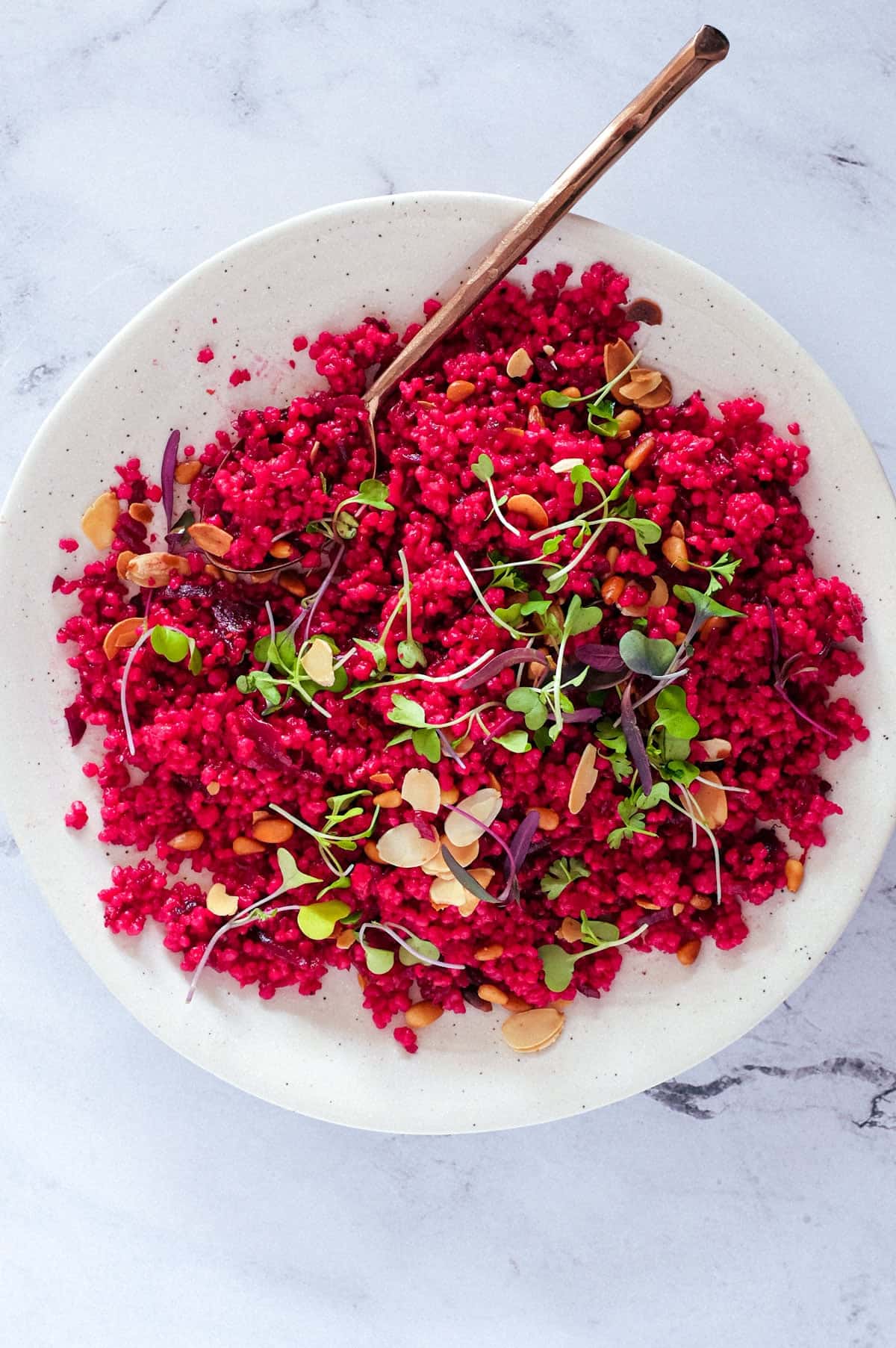 Beetroot pairs wonderfully with couscous, imparting its unique colour and flavour. It's a versatile offering and pairs with so many other dishes. I generally serve it as a side dish along with other Mediterranean-style salads and often to accompany baked fish or skewered chicken. It brings so much personality to the table – a wonderfully sweet and savoury earthiness. The great news is that it's a very easy dish to put together at home, and guaranteed to garner a small ripple of applause at any dinner table.

What's the deal with Israeli couscous?

Typically created using semolina flour and formed into small balls that swell when cooked into 'pearls'. They have a wonderful nutty flavour and a slightly chewy texture - they're great carriers of flavour and sauces, which is why they're often used to bulk out soups, stews and salads. 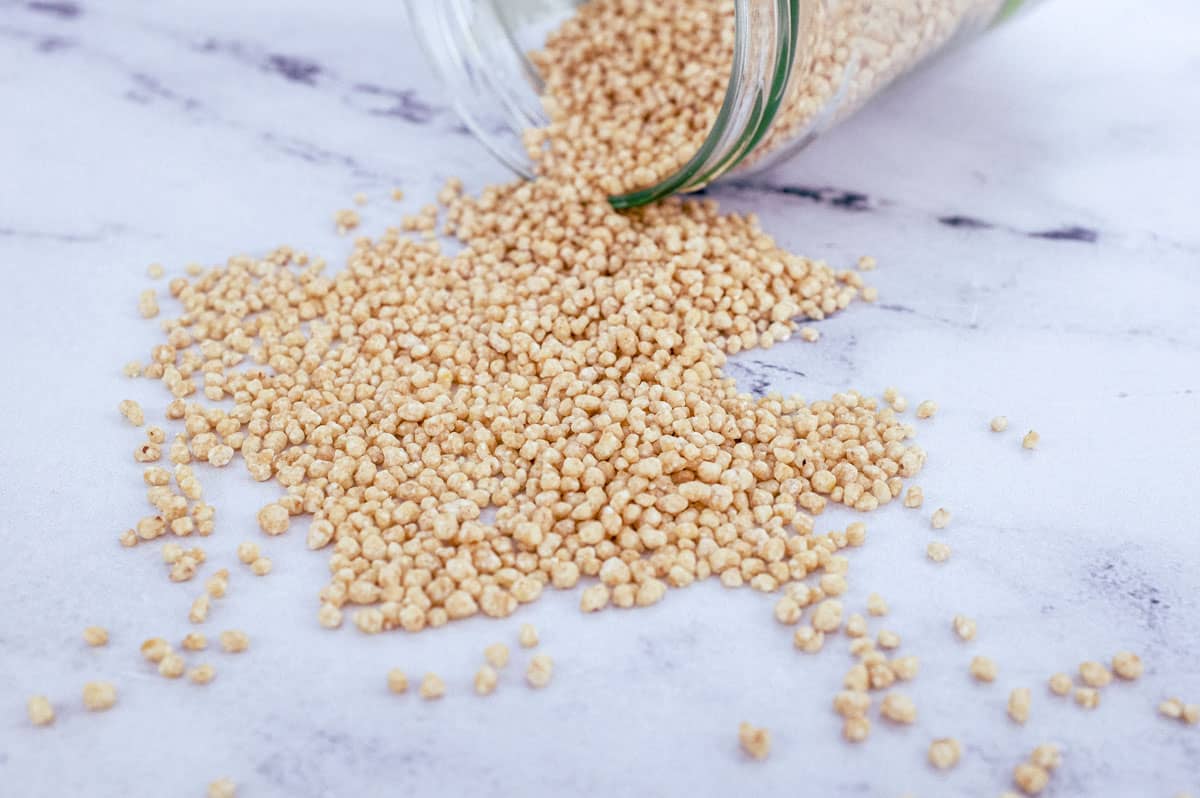 There's not a lot to this recipe - there are a few ingredients to ensure the magic happens... (there's a full recipe below).

Any tips or substitutions?

You can make this with yellow beet too for a golden version. Try changing up the nuts; pistachios work well, walnuts or pecans too. I'll often use whatever herbs I have on hand, this recipe used micro salad greens, and I'll sometimes use dill, parsley, mint, oregano, tarragon or basil.

One other thing I'll often add to add even more flavour is cheese. Feta works amazingly well, as does goats cheese - Crumble 1/2 cup or so over the finished dish. 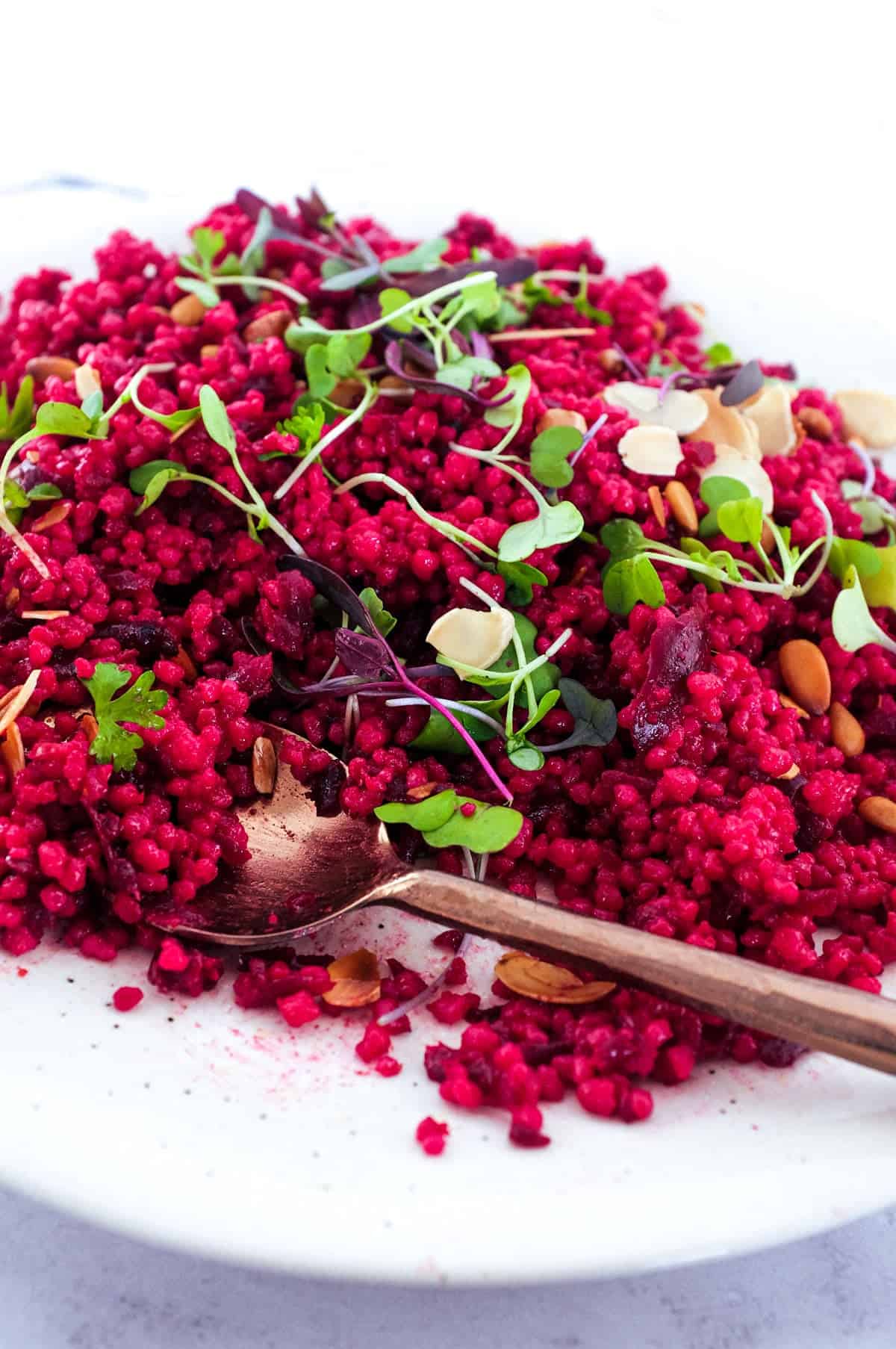 More delicious Mediterranean-style salads to pair with this dish

How to make Israeli Couscous with Beetroot 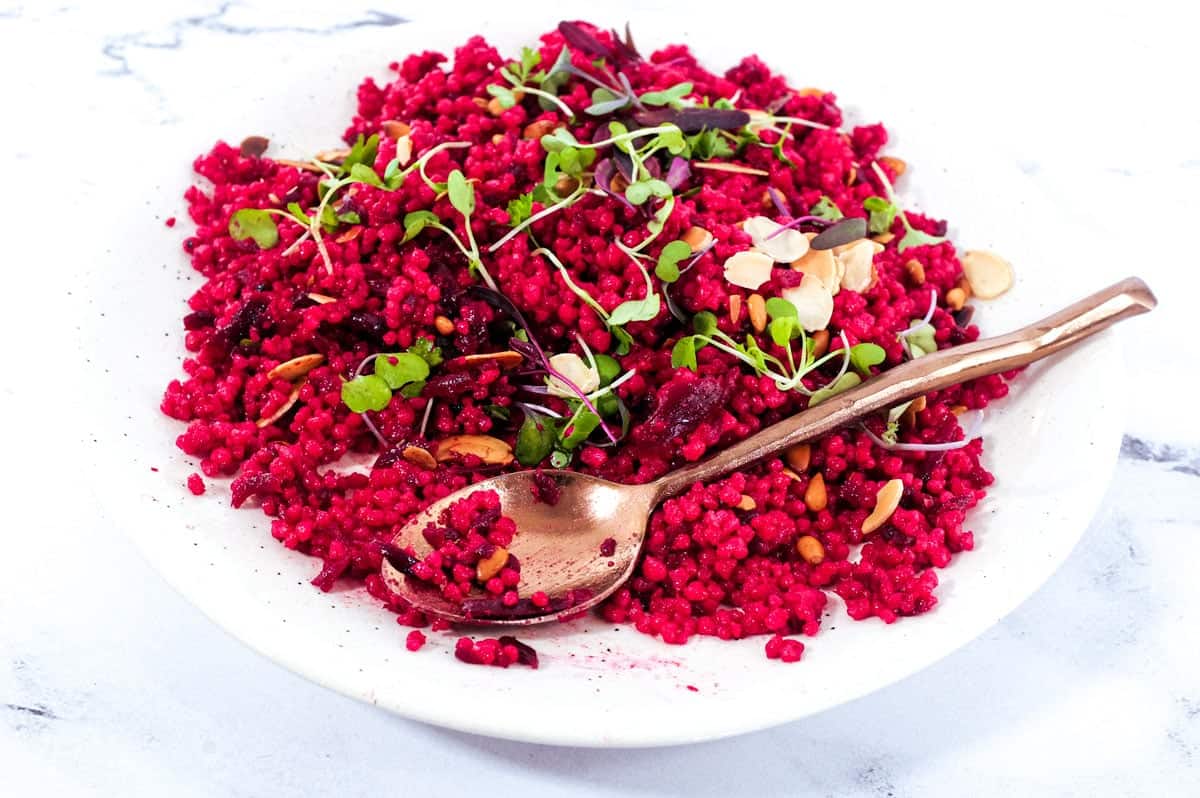 Did you make my Israeli Couscous with Beetroot

How did you go? Let me know in the comments below and be sure to tag @cookeatinsta at Instagram.