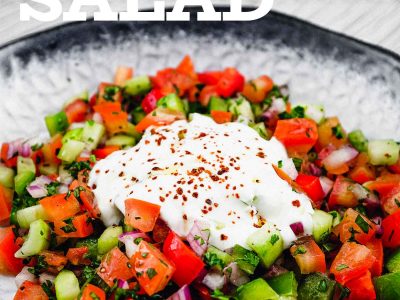 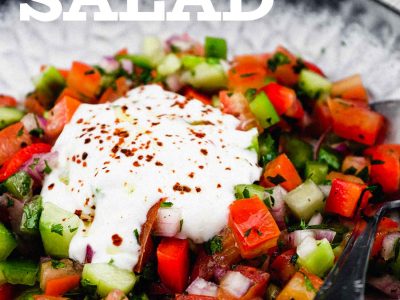 Turkish chopped salad, Çoban Salatası, is a simple, crunchy and deliciously fresh salad. Ready in 10 minutes, eaten in 5. Learn just how simple it is to create here. 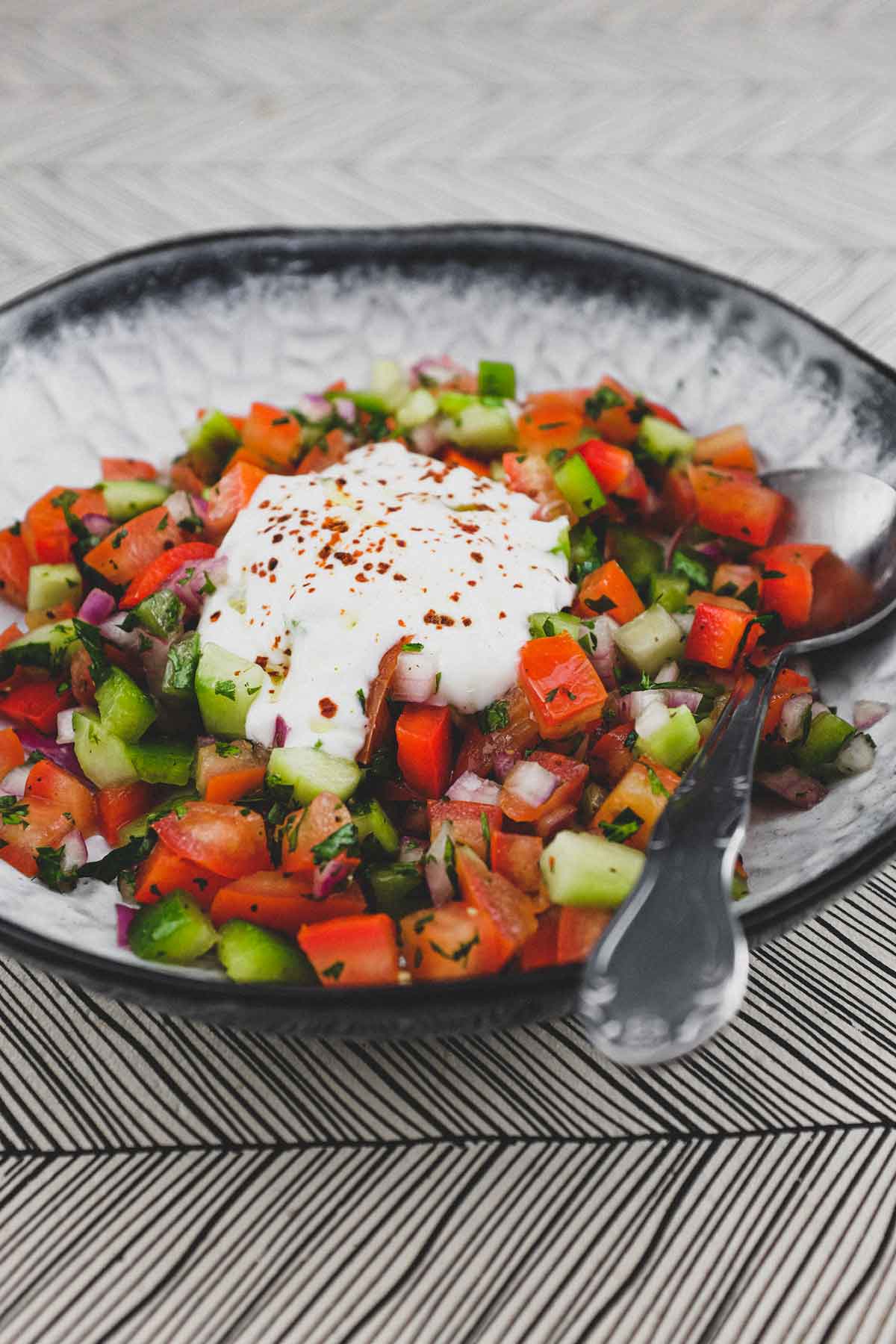 Few things transport me directly back to Turkey like a Mezze dish. It's my favourite way to eat! A seemingly endless train of mouthwatering dishes. From simple vegetable preparations to exquisite mouthfuls of fish and meat. Scooping, dipping and wrapping ensues, until I finally tap out! The waiters stop and I retreat for a lie down.

One such dish that, while not the most extravagant of creations, is always on the table is this Turkish chopped salad or Turkish Shepherd Salad (Çoban Salatasi). It's a simple salad of Turkish and Azerbaijani heritage featuring fresh, crunchy ingredients combined with lemon juice, olive oil and salt. It's humble but brightens any meal with its clean, crisp qualities. Çoban salatasi pairs with absolutely everything - fish, meat, poultry - you name it! 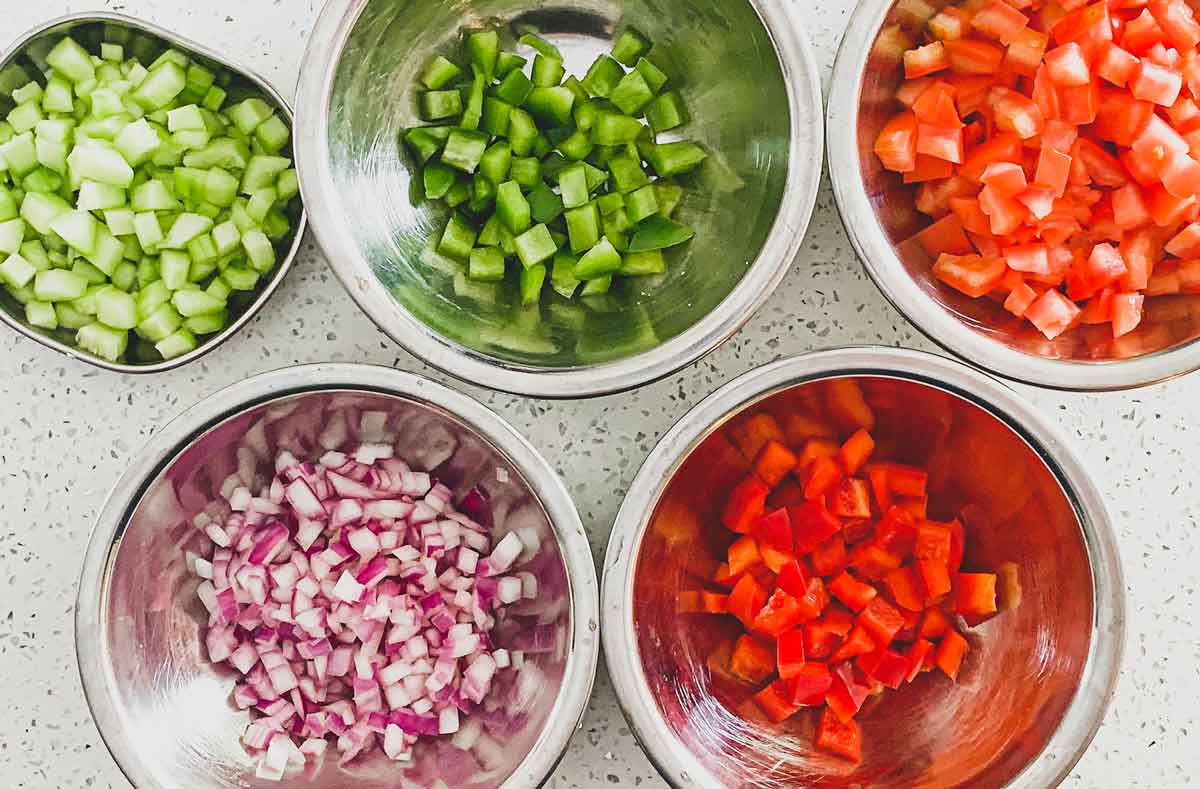 A variation on the classic

My recipe for Turkish chopped salad deviates a little from the original in that, I substitute the traditional long green peppers found in Turkey for regular green bell peppers. I often also add a little spice to this salad with some hot green chillies like hatch, cayenne or serrano. For this recipe I used a half red/half green bell pepper combo. Like most Turkish salad recipes, a little substitution make no difference - it's still delicious!

In Istanbul, I ate this salad from time to time topped with a very simple garlic yoghurt dressing. A light, creamy hit of light sour and garlic - a surprisingly amazing way of taking this dish to another level.

So, as salad dishes go, this chopped salad is not going to challenge anyone skill-wise, but it's a stress-free preparation for either a simple side, or as part of a larger Turkish inspired dinner table feast. If the latter is what you're after why don't you take a look at my Turkish Feast meal plan below. Hope you enjoy your salad!

This dinner plan will easily serve around 8-10 people - remember to include lots of flatbreads or crusty loaf or two. Turkish food is severely impaired if there's a lack of bread!

How to make my Turkish Chopped Salad 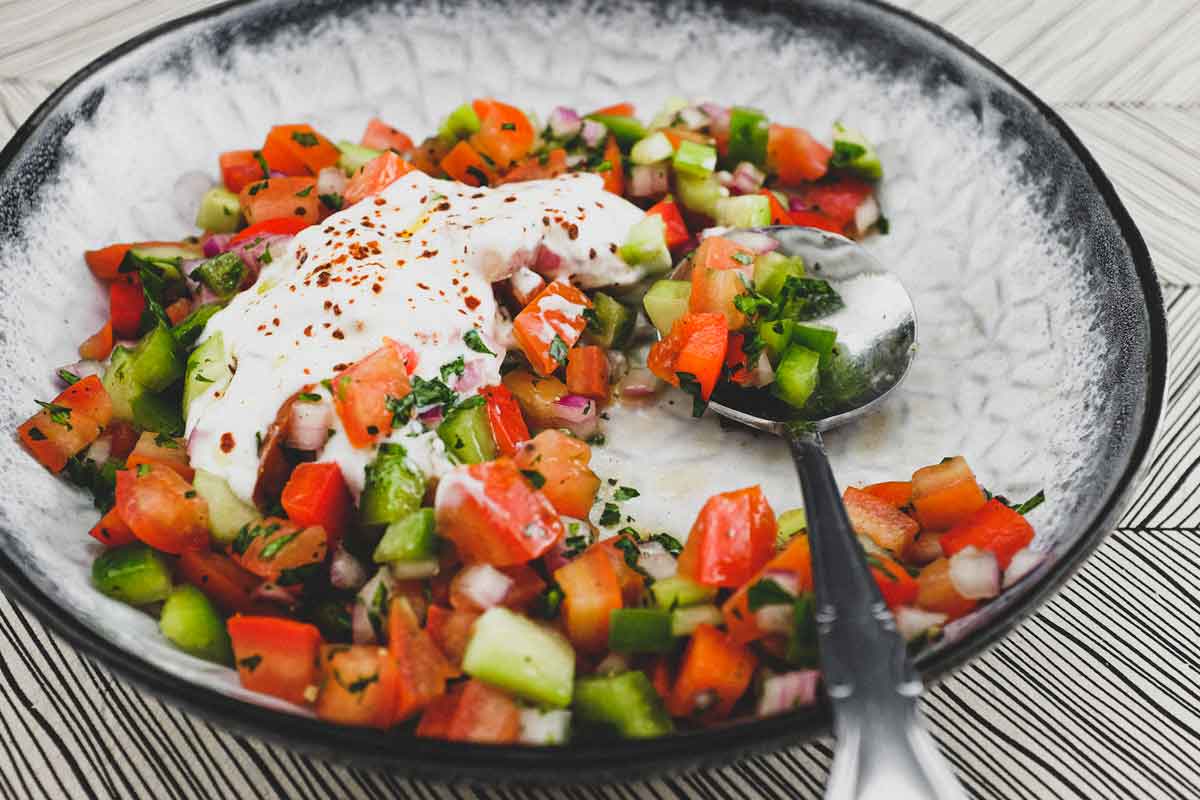 For the yoghurt topping

For the yoghurt topping

Did you make this?