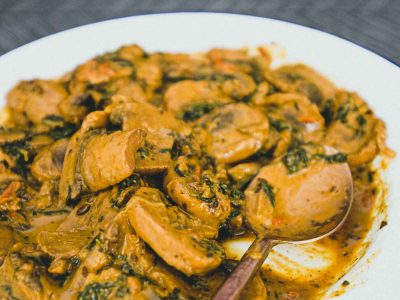 Mushroom & Methi (Fenugreek) play marvellously together in this mighty vegan Indian curry. A wonderfully hearty, creamy dish that creates an amazing texture and unique flavour from super-food Fenugreek. A truly magnificent curry worthy of lead curry in any Indian feast! Get the recipe… 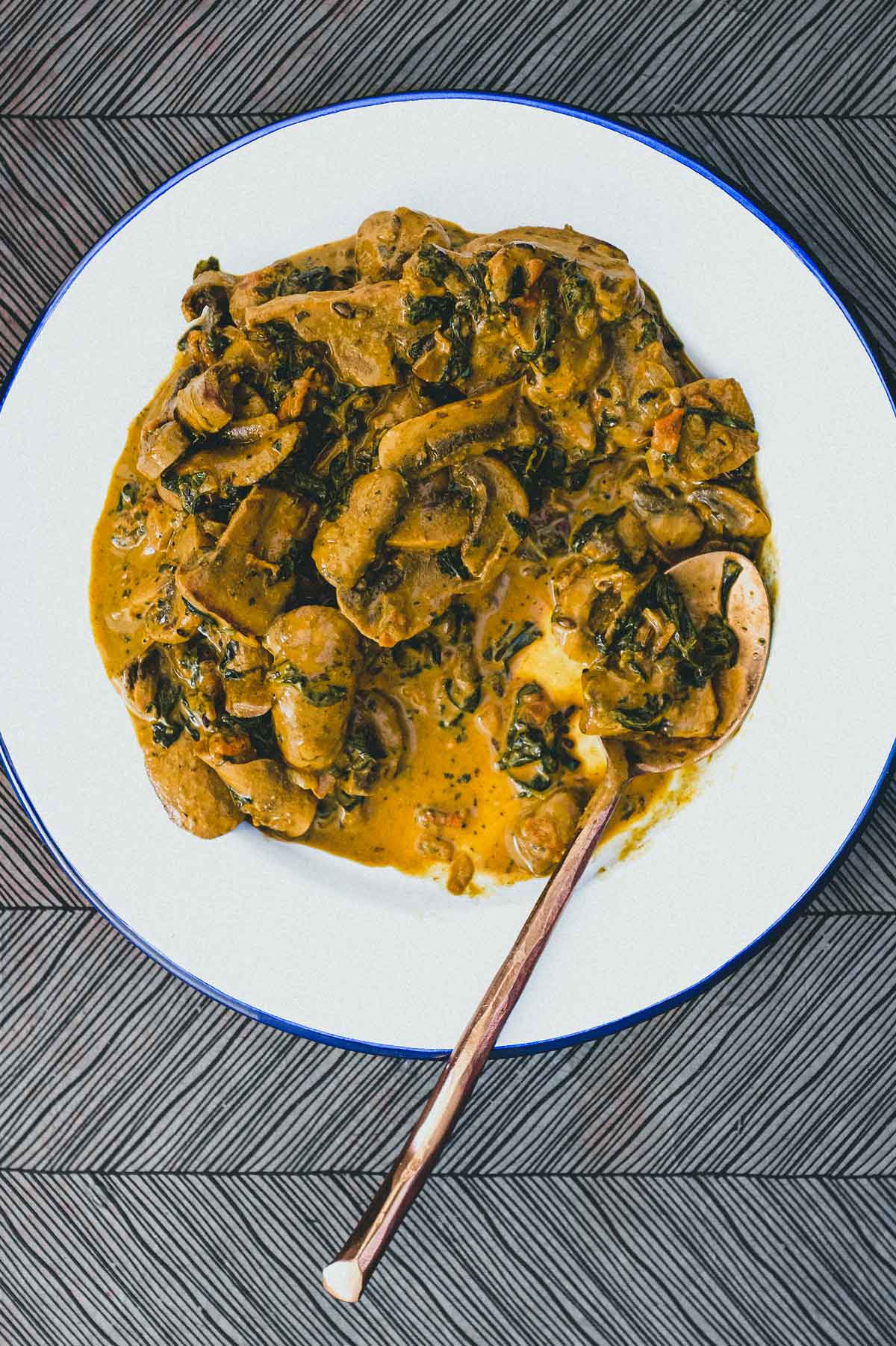 When it comes to vegetarian and vegan cuisine, no other country has it as covered like India. With a population of around 440 million vegetarians or vegans its little wonder that they have a diet that accommodates everyone in a nutritious and endlessly creative ways. I'll often cook an Indian spread that is entirely vegetarian - there are so many amazing dishes to serve and I hate to sound like a cliché, but as a meat eater you really won't miss the meat.

Mushrooms are a great option for currying. they have a great texture that holds its own in any sauce. Almost meaty they mushroom creates the bite in this dish accompanied by a rich and creamy sauce flavoured by one of the tastiest Indian ingredients – Fenugreek (Methi). Methi (Fenugreek) the secret flavour that will blow your mind!

Fenugreek is an amazing ingredient! And not a lot of people know it! It's a commonly used plant for cuisine in the Indian sub continent. It looks a little like watercress, with long stems and small bulbous leaves. The fresh leaves have a slight bitterness but when cooked a mild, unique aroma which is quite intoxicating! The leaves can be used fresh or dried and the seeds are also cultivated and used throughout Indian cuisine. If you smell a fenugreek seed you'll smell the essence of mass-produced curry powder. It's a major ingredient in their production.

In this curry, I've used all three types of methi – fresh, seeds and dried. The overall aroma and taste is hard to describe. The fenugreek is herbal, sweet and a little bitter but not in a bad way. It's flavour is unique and utterly delicious. It's one of my most favourite ingredients to use in Indian cuisine. Serving suggestions and other vegetarian, vegan and pescatarian Indian dishes.

I like to create multiple Indian vegan or vegetarian curries to offer up lots of flavour and textural choices. Normally I'll create three. Something 'meaty' in texture, one featuring vegetables and one with lentils or beans. That way, you'll get a combination of dishes that will fill you and give a balance of nutrients and textures.

Take a look at some of my other meatless indian dishes and make your choices! I'll always serve rice as a side and often a selection of Indian breads too. There are also a few pescatarian options if you do eat fish.

Pescatarians - you'll love these curries too!

How to make my Methi Mushroom Masala 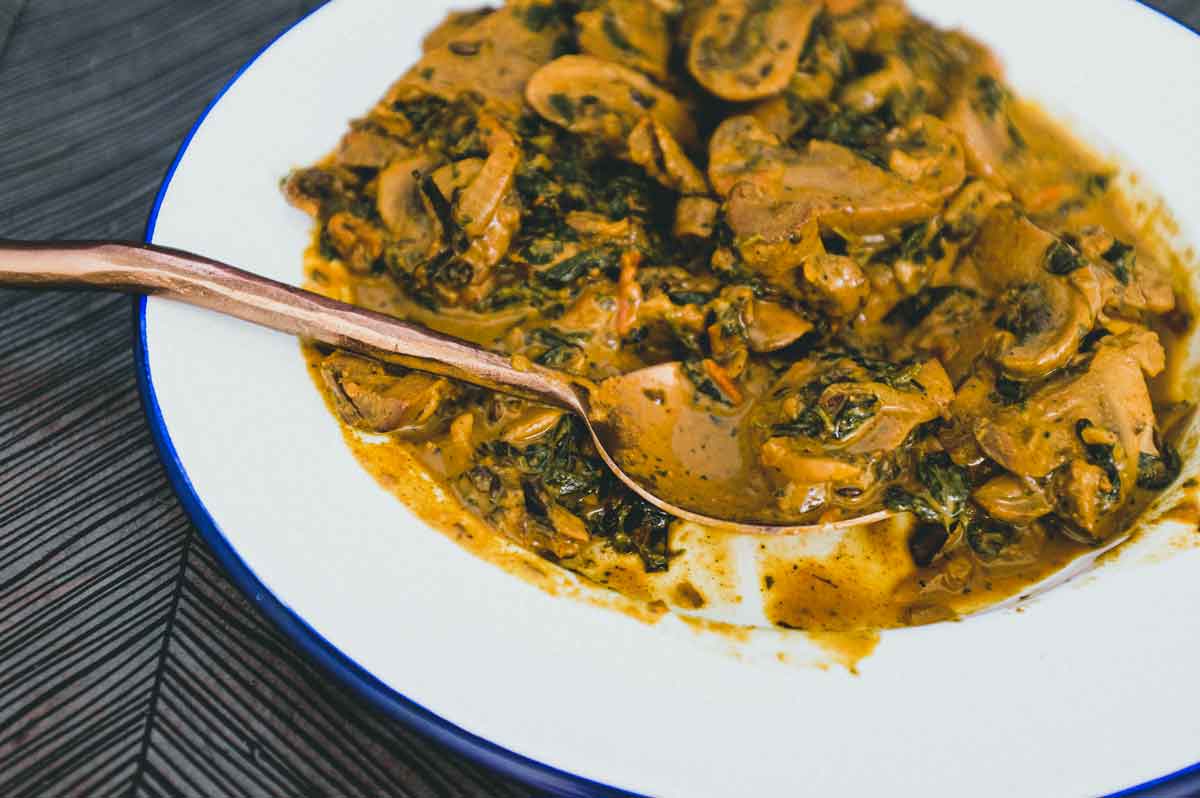 Did you make my Methi Mushroom Masala?