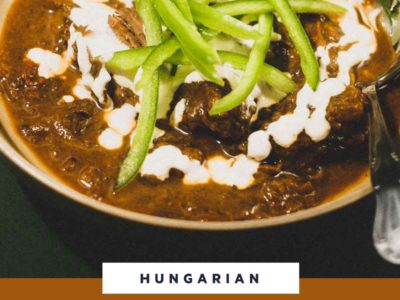 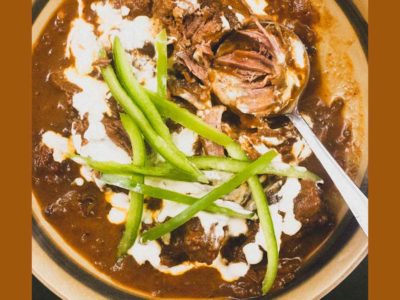 Hungarian Beef Pörkölt is one of the most special stews I cook. Guaranteed to warm the coldest of hearts! A rich, colourful and intensely satisfying Central European classic. It’s a winner winner, winter dinner. Learn how… 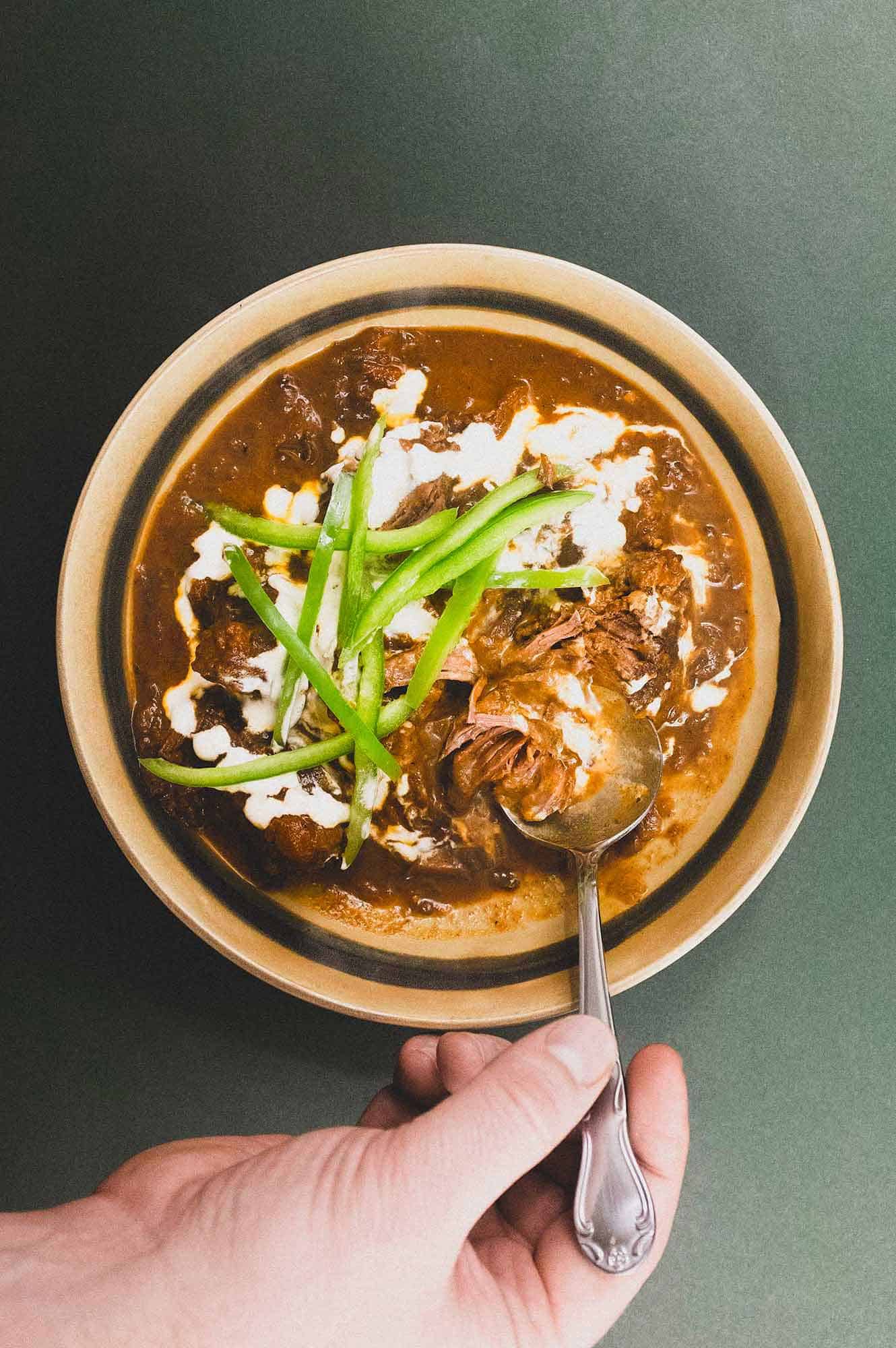 Hungarian Pörkölt is a warming, hearty beef stew - a rich, flavourful sauce packed with smoky aroma from Hungary's most prized ingredient, paprika - and LOTS of it! It's a national treasure, and easy to see why.

Why is Pörkölt so special?

Beef Pörkölt has a delicious, rich, decadent sauce - it clings to the meltingly tender chunks of beef, making it an indulgent treat any time of the year, but especially during the colder months.

I had my first taste of Pörkölt in Budapest during the coldest day I've ever experienced. It was beyond freezing and I spent most of the day hopping from cafe to restaurant to stay warm. This stew was a stand-out and I knew It would become a staple at home too. I made sure while at the Central Market Hall to stock up on a little Authentic Hungarian Paprika before returning.

A good Pörkölt is not hard to make at home. The magic happens over time - low and slow cooking created the perfect creamy sauce and meltingly tender pieces of beef. Three hours is a great time to ensure flavour and texture is perfect. 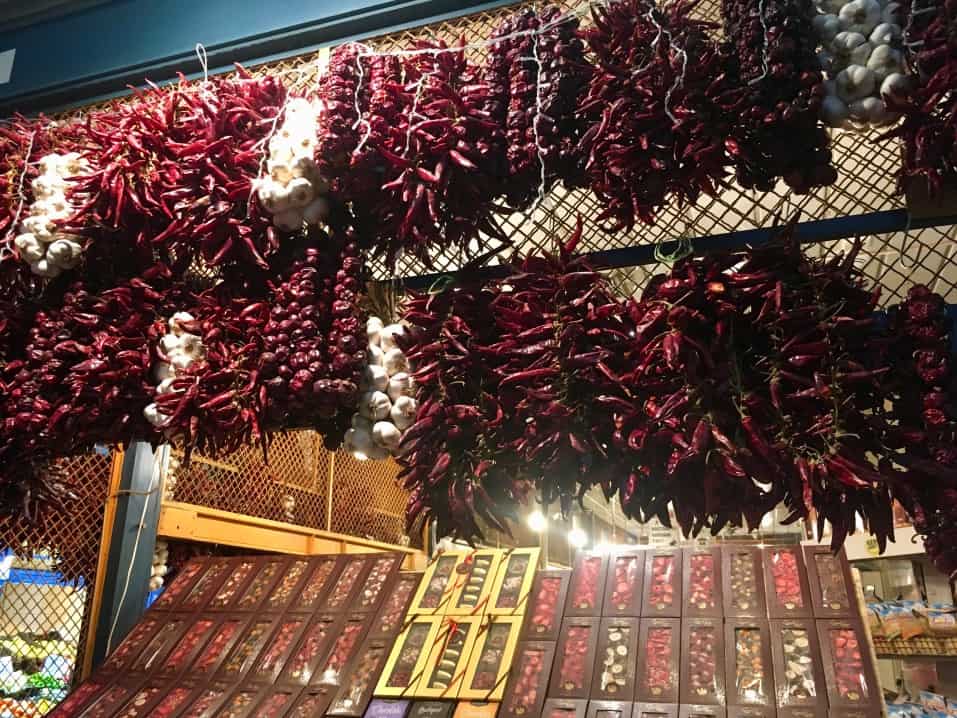 How to serve Pörkölt

What makes it even more special are the lovely noodles called Spaetzle - simple noodle dough, pushed through a something with large holes directly into boiling water to create pasta pieces. The perfect partner. I also love this pörkölt recipe with creamy mashed potato!

I ate this a couple of times in Hungary, served differently. The first time, the meat was stewed with lots of soft green peppers, the second time the green peppers were raw and scattered over the finished stew. I must say that the latter was my favourite, and has become my go-to method of serving pörkölt. I also must drizzle copious amounts of sour cream over the finished stew - there's something so wonderful about sour cream and this rich, paprika spiced sauce.

What meat should I use for Pörkölt?

A cheaper cut of beef will serve you very well for Hungarian Pörkölt. Chuck steak is perfect for slow cooking and over time, breaks down into the most tender, juicy morsels. I like to buy chuck/stewing steak that has a little marbling of fat throughout. Fat is your friend for slow cooking - lean cuts of chuck steak can actually dry out and and will never get to the right texture, so be sure to find some meat with fat on it. You don't have to eat it, but it makes a world of difference to the overall texture.

How to make Hungarian Pörkölt

There are only a few simple stages to cooking the perfect pörkölt:

Dried peppers, ground into a powder.

Is Hungarian paprika the same as Spanish paprika?

Hungarian paprika tends to be more pungent than Spanish. It has a sweeter flavour due to the cooler growing climate. Most Spanish paprika is smoked, giving it a distinct flavour.

I don't have Hungarian paprika, can I use another kind?

You can substitute with regular paprika or Spanish smoked. It'll effect the flavour slightly, but will still be delicious!

There are actually nine varieties of Hungarian paprika ranging in spice and pungency:
1. Különleges (mildest)
2. Csípősmentes Csemege
3. Csemege
4. Csípős Csemege
5. Édesnemes (this is the variety I use in this recipe!)
6. Félédes
7. Rózsa
8. Erős (hottest/most pungent)

How to make my Hungarian Beef Pörkölt 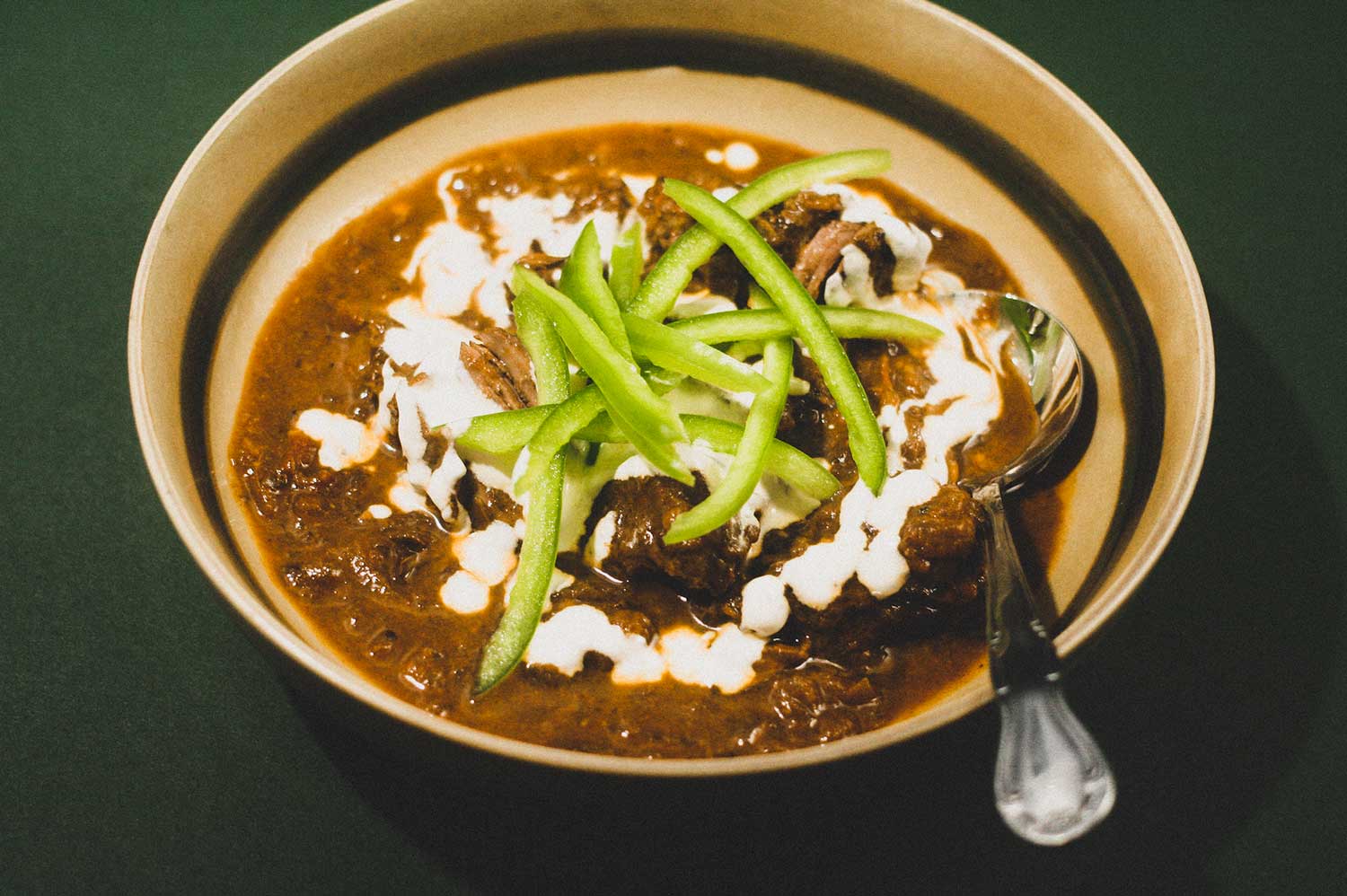 If you want to cook the green peppers in the sauce, simply add 1-2 sliced peppers at the same time as the onion.

Did you make my Hungarian Beef Pörkölt?