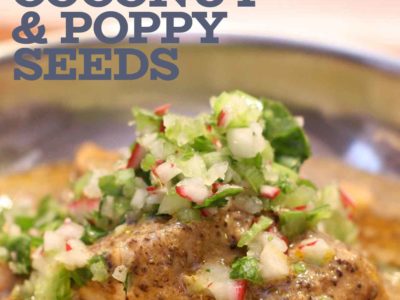 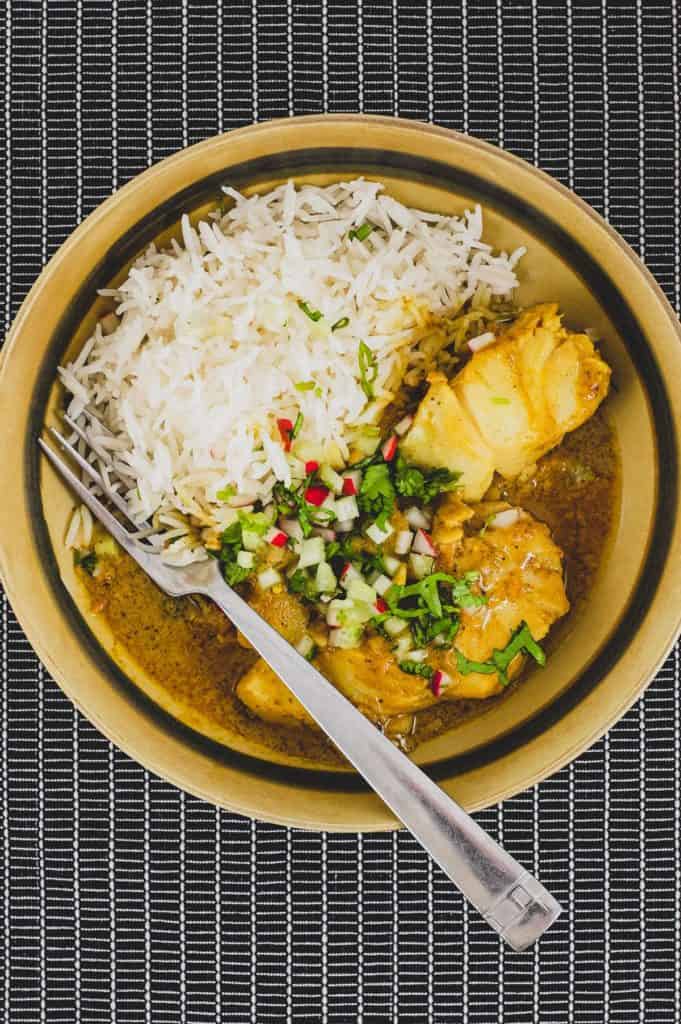 This unique Bengali fish curry recipe, sees soft white fish bathed in a light and fragrant coconut sauce flavoured with mustard and poppy seeds. Macher Jhol is a quick and easy curry to make at home and one of the most fragrant and tasty fish curries ever. 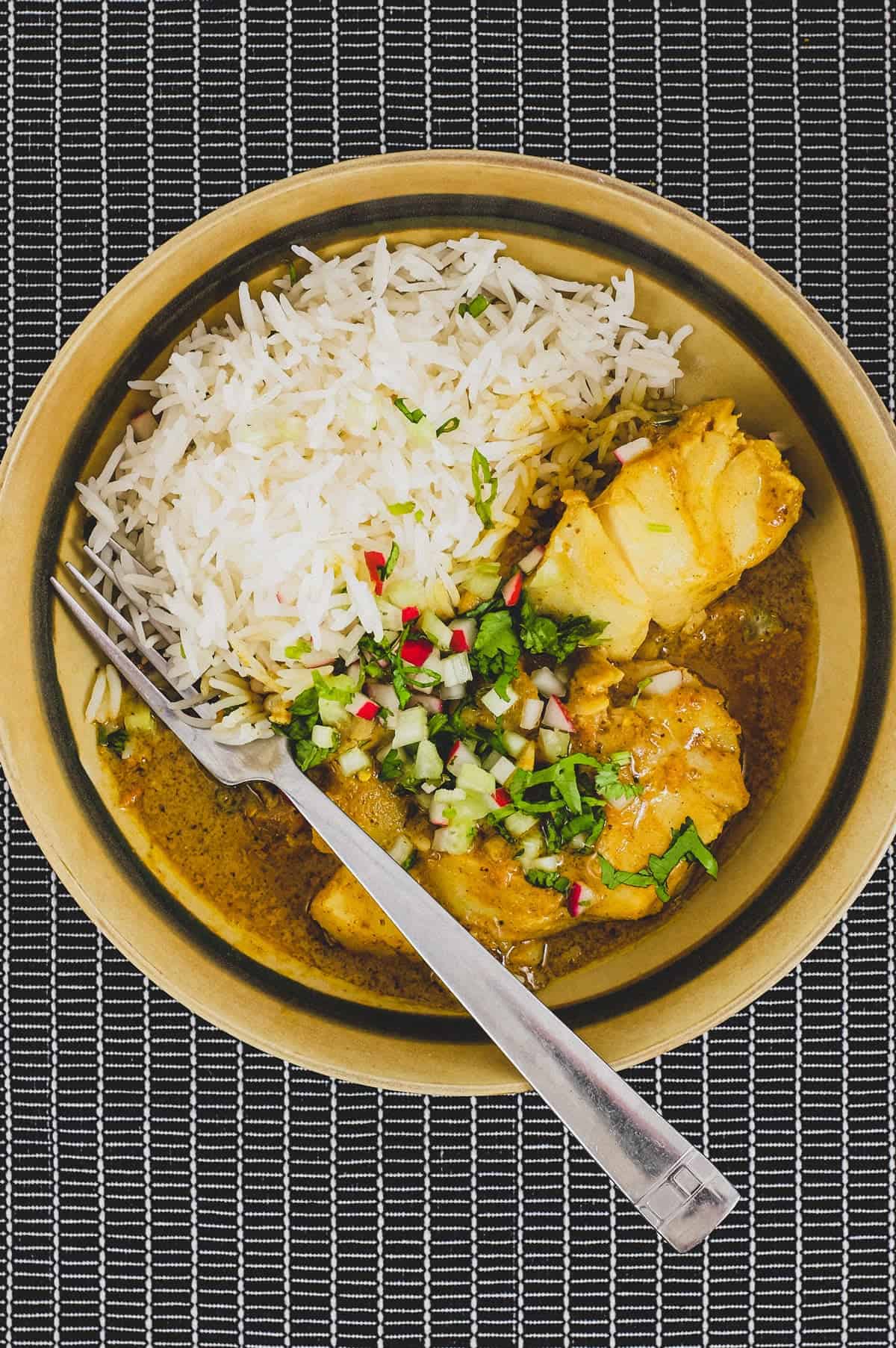 My Bengali Fish Curry recipe is a fragrant, healthy and flavourful offering that’s jam packed with personality. The combination of spices, and fresh ingredients create a robust, lightly creamy and fragrant sauce that clings to the flaky white fish. It’s a light, bright and spicy curry - quick to prepare and even quicker to eat! Super-charged delicious.

What is Macher Jhol?

Macher Jhol is a hot and sour Bengali fish curry from the North East of India. A simple, fragrant curry made from white fish (usually a freshwater carp called Rohu or Rui Maach, Hilsa or Pomfret). It features ingredients typical of the region like mustard oil along with white (hulled) poppy seeds called khus khus. The fish is cooked in a coconut milk broth. Interestingly, Macher Jhol doesn’t feature garlic or ginger, often seen in Indian curries.

In a typical Bengali household, Macher jhol often goes by other names, such as Kalia Jhol, Rohu Kalia or Maacher Kalia. ‘Maacher’ means fish and ‘Kalia’ or ‘Jhol’ means gravy.

Like many fish curries, Macher Jhol is lighter and healthy. It packs a flavourful punch but isn’t too rich or heavy. It has a thin but creamy fragrant gravy that is just perfect over fluffy basmati rice. I also love the addition of potatoes, there to give a little bulk to the sauce – and for me, anything with a potato in it is an instant win!

Macher Jhol requires some special ingredients to achieve the authentic Bengali flavour. Nothing you won’t be able to find at any Indian store or online, or even in many Supermarkets these days. 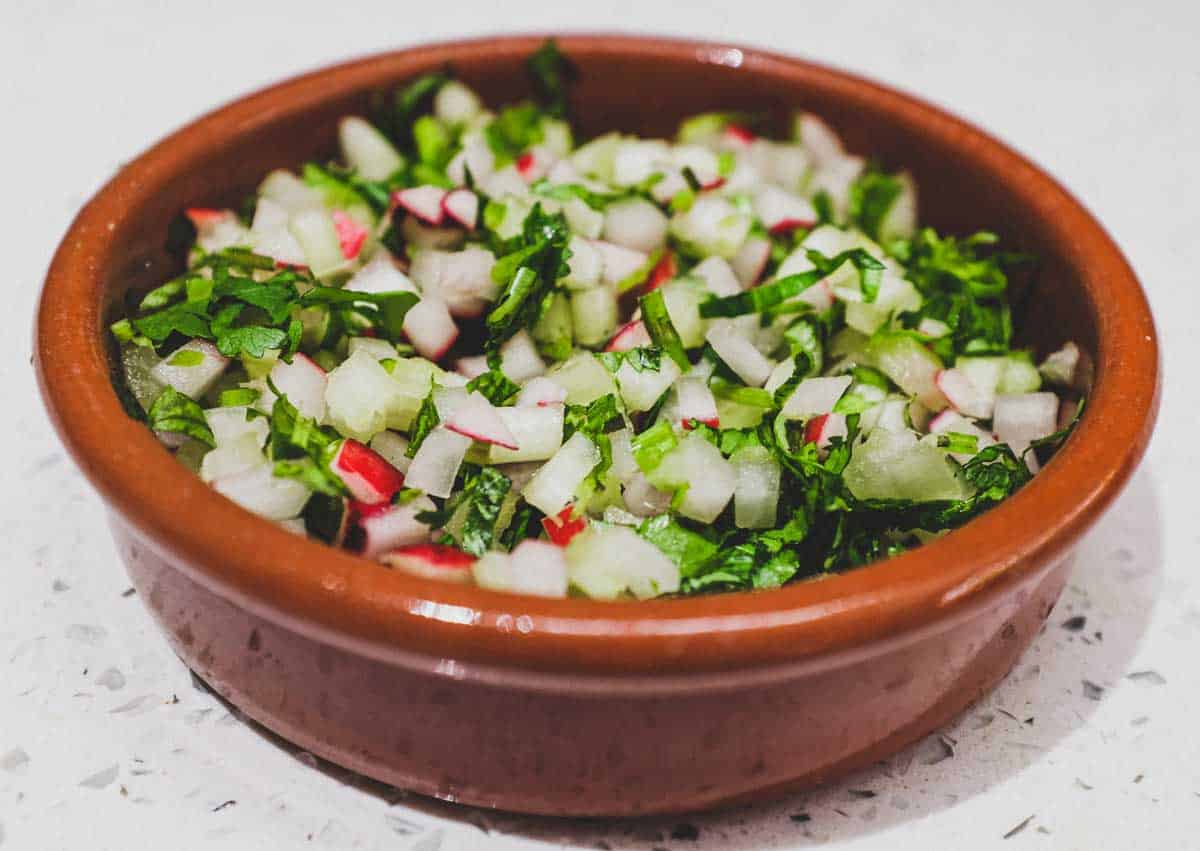 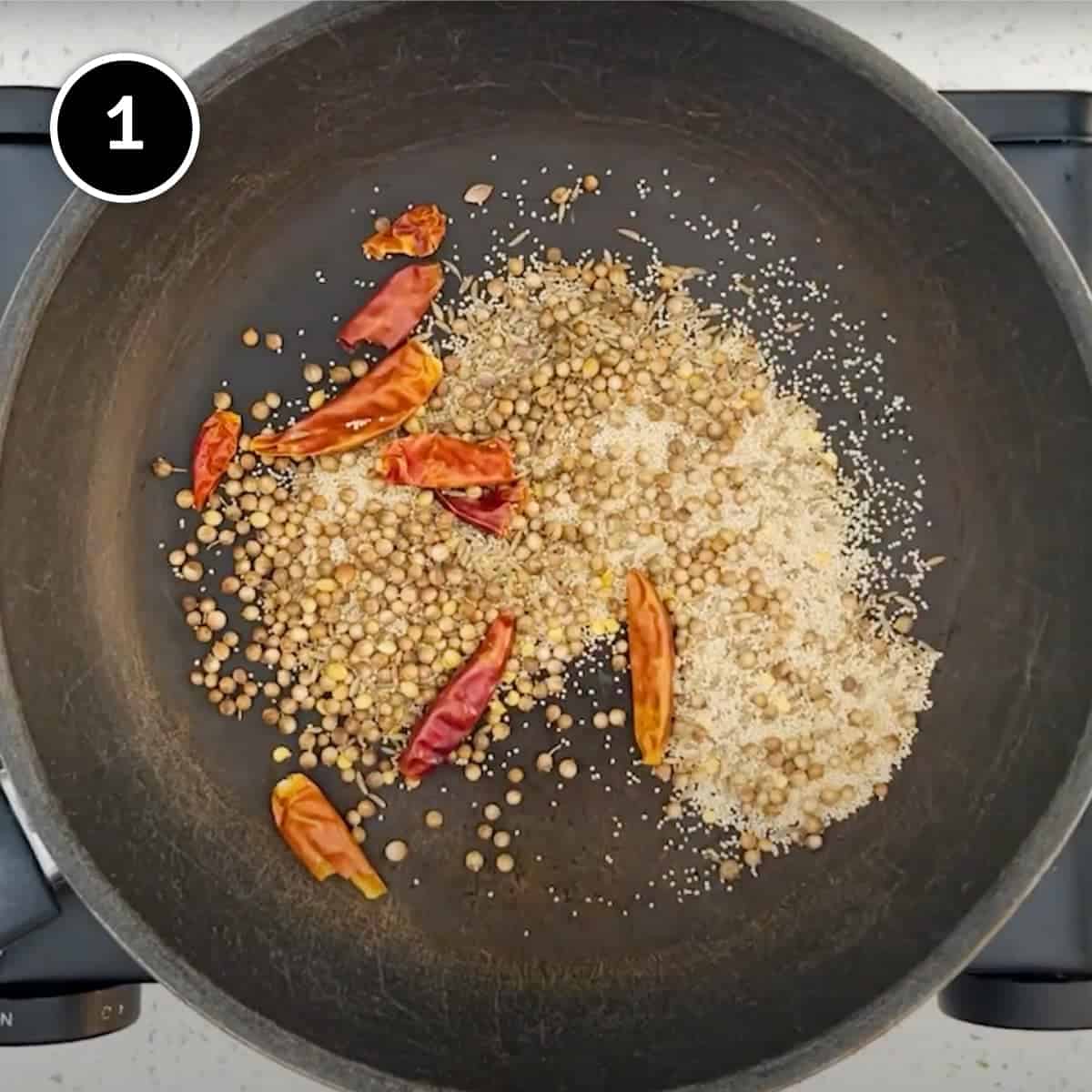 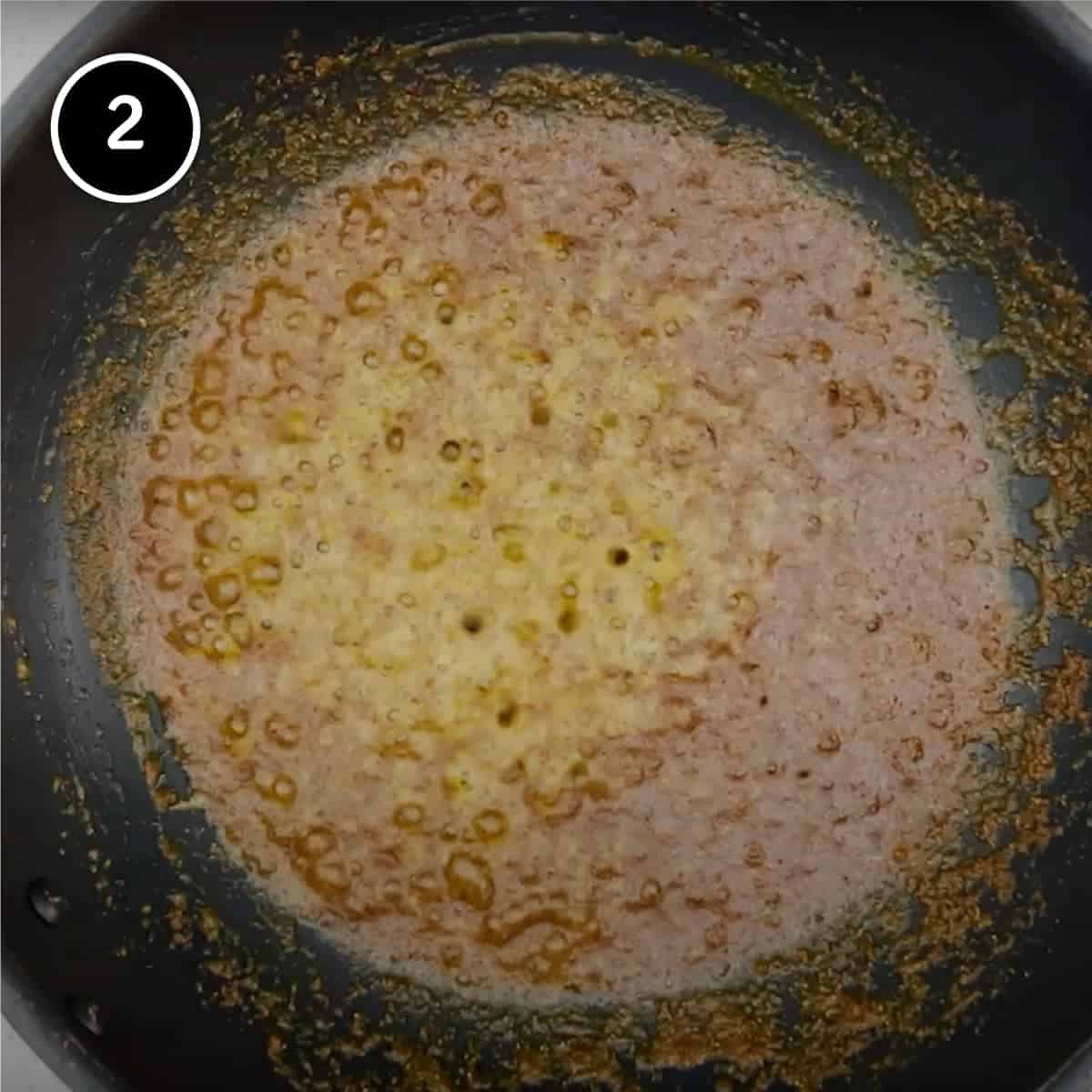 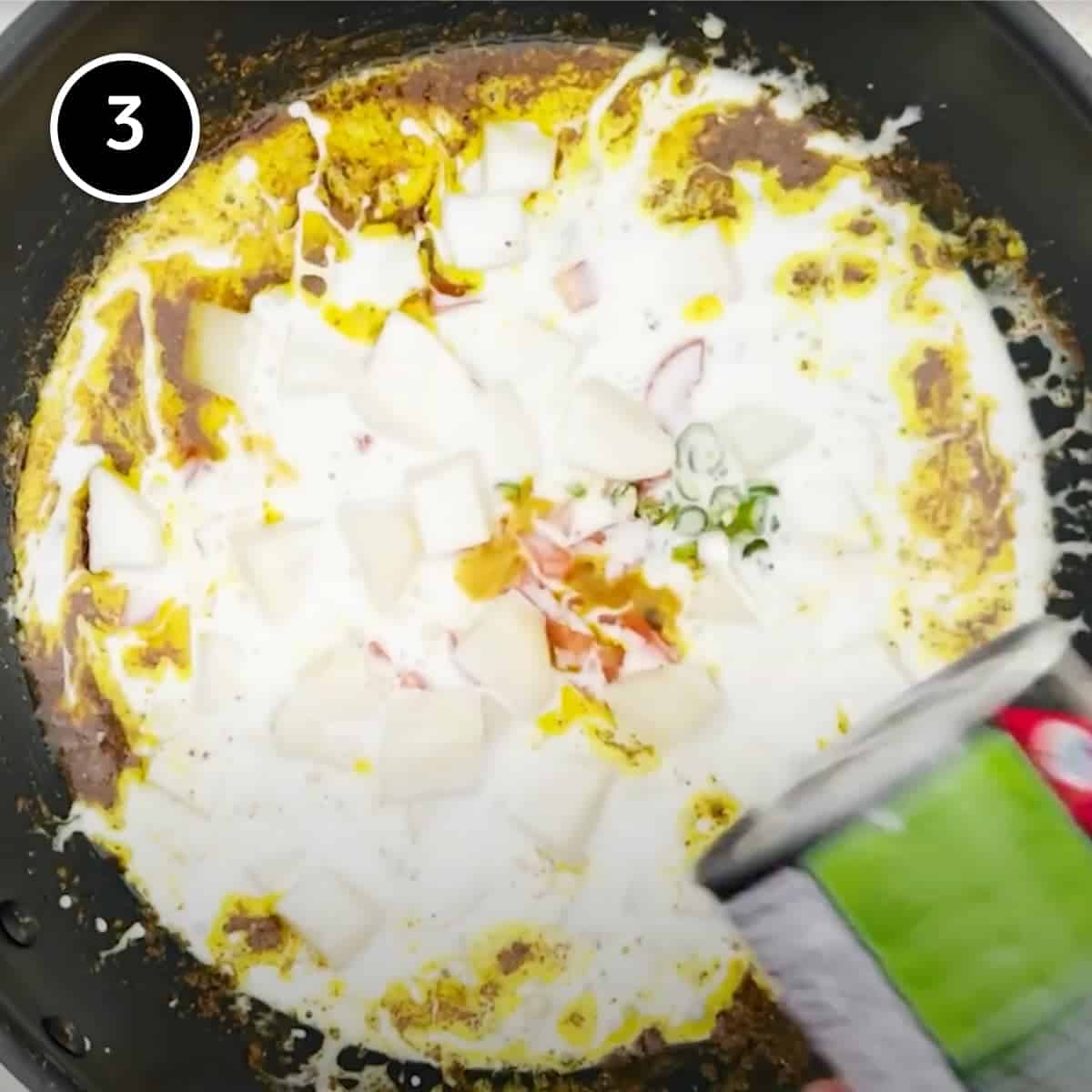 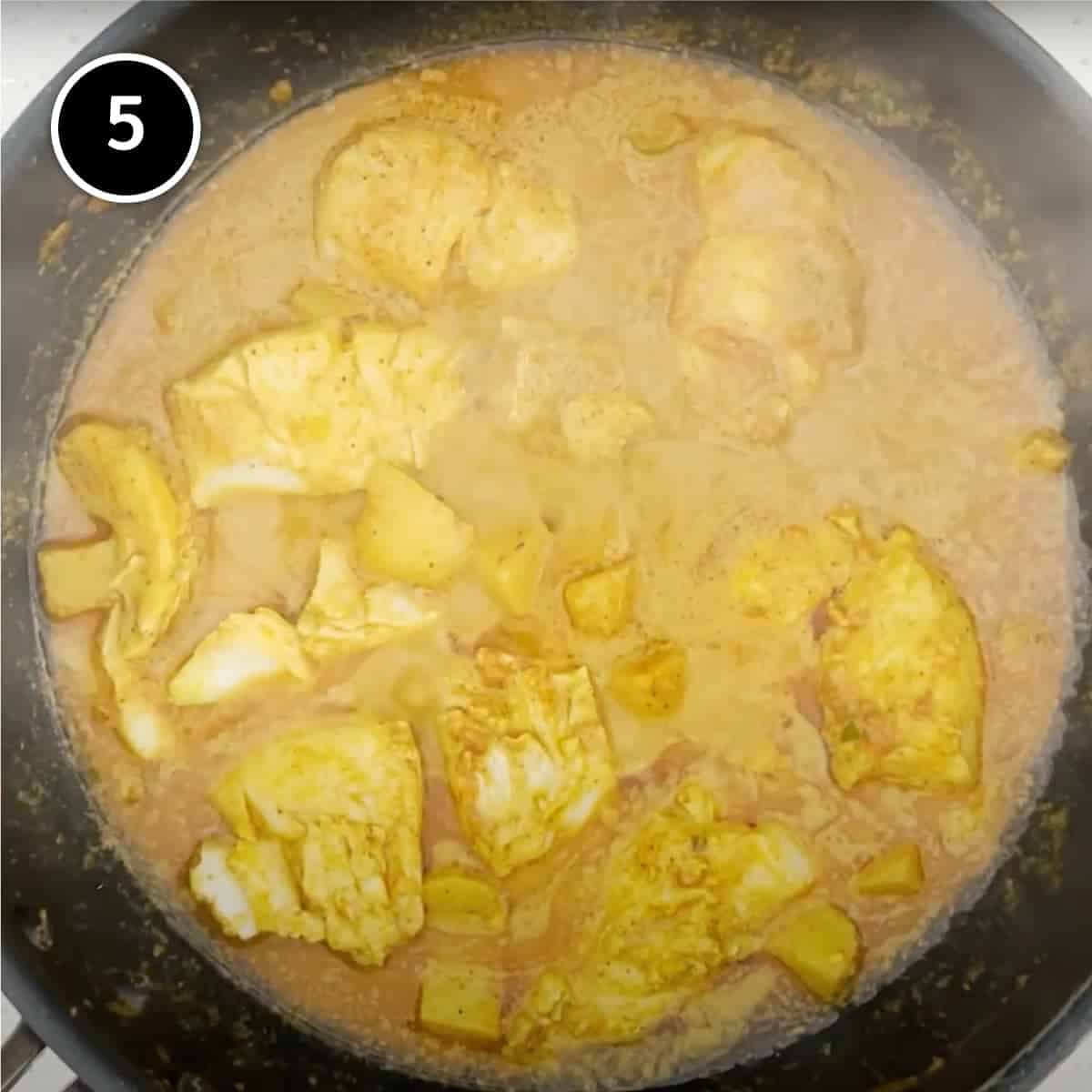 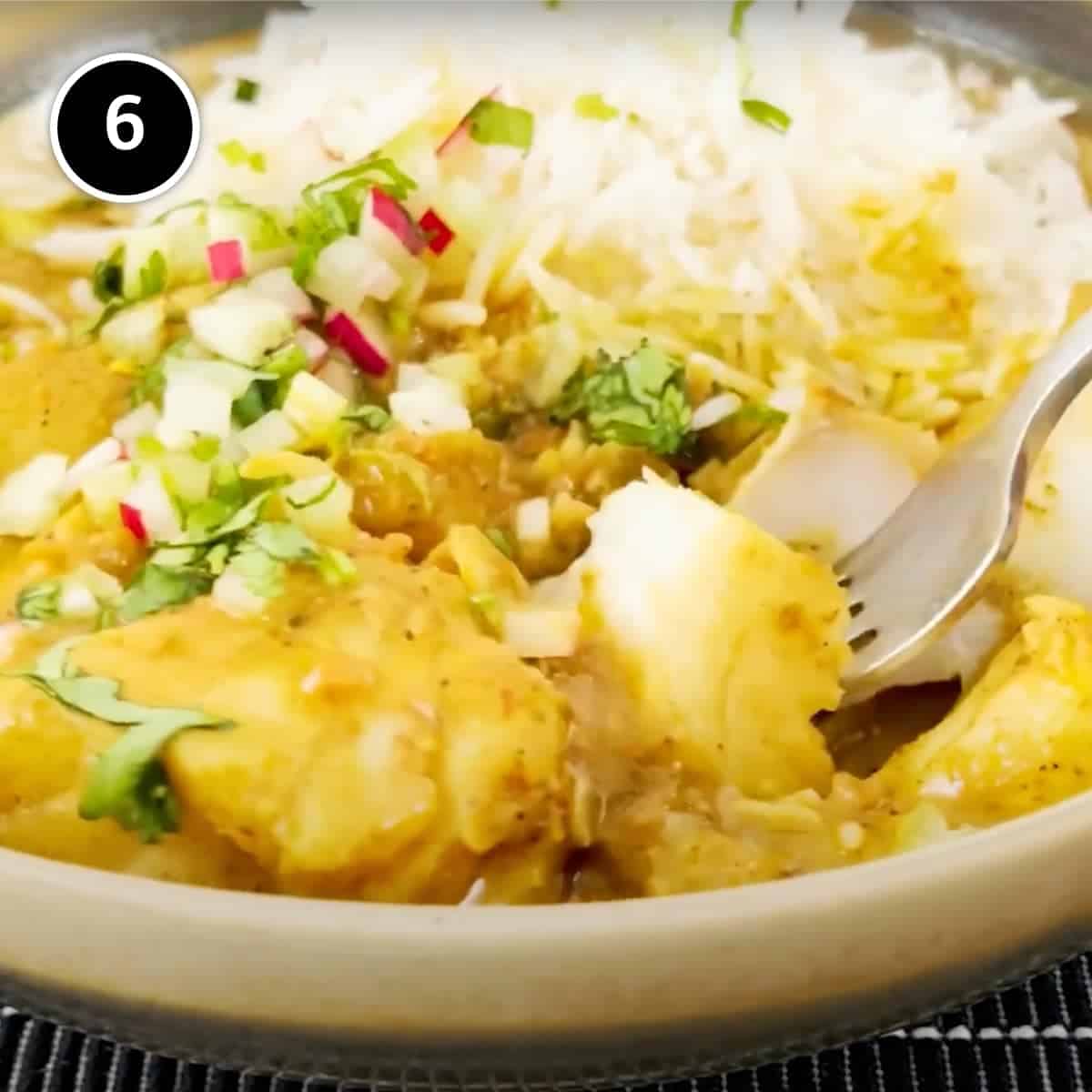 A guide to buying fish for fish curry

Which fish is best for a fish curry like Macher Jhol? Here’s a guide for fish wherever you are in the World. 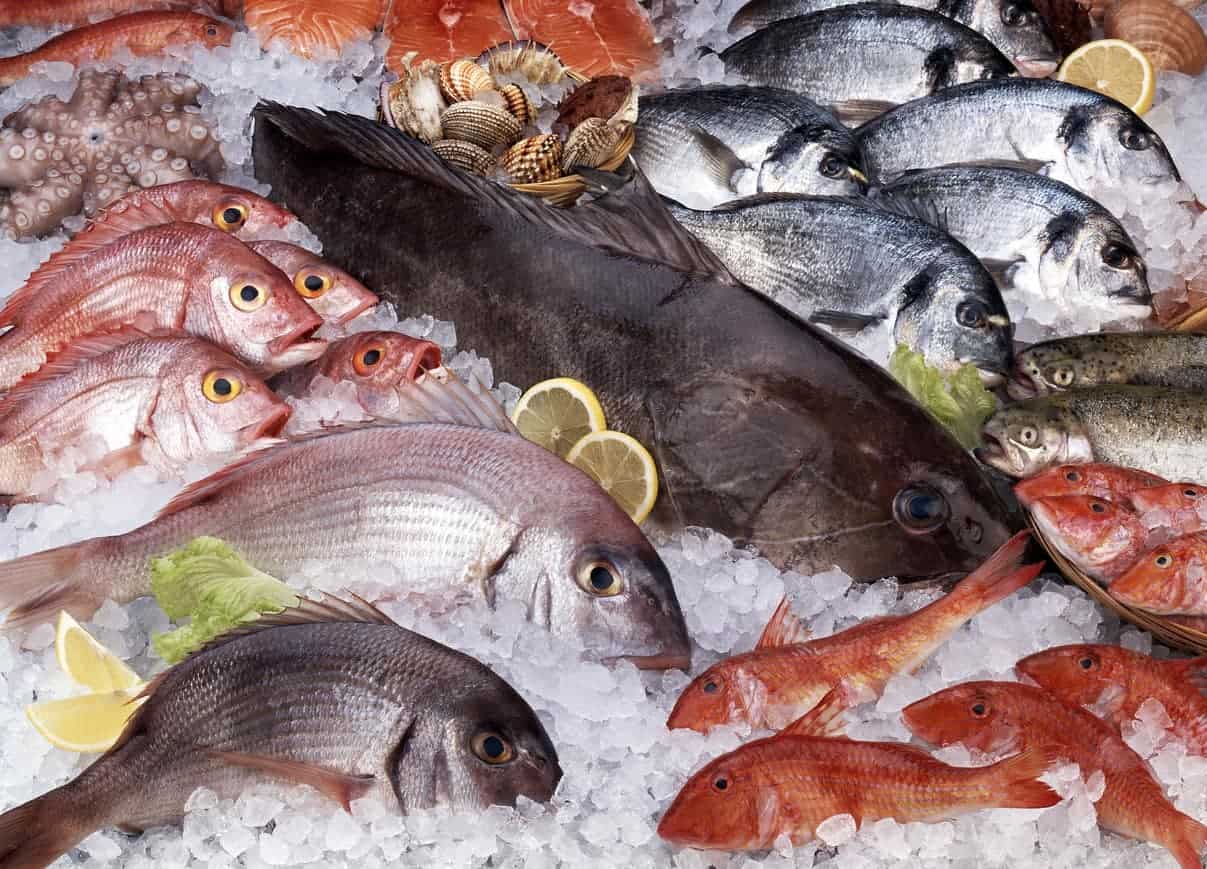 TIP: When buying fish, make sure it’s fresh - buy it whole and have the fishmonger fillet it for you. Always check the eyes of the fish - if they’re milky and opaque, the fish is not fresh. Secondly, if it smells a little fishy, it IS A LITTLE FISHY, so avoid! 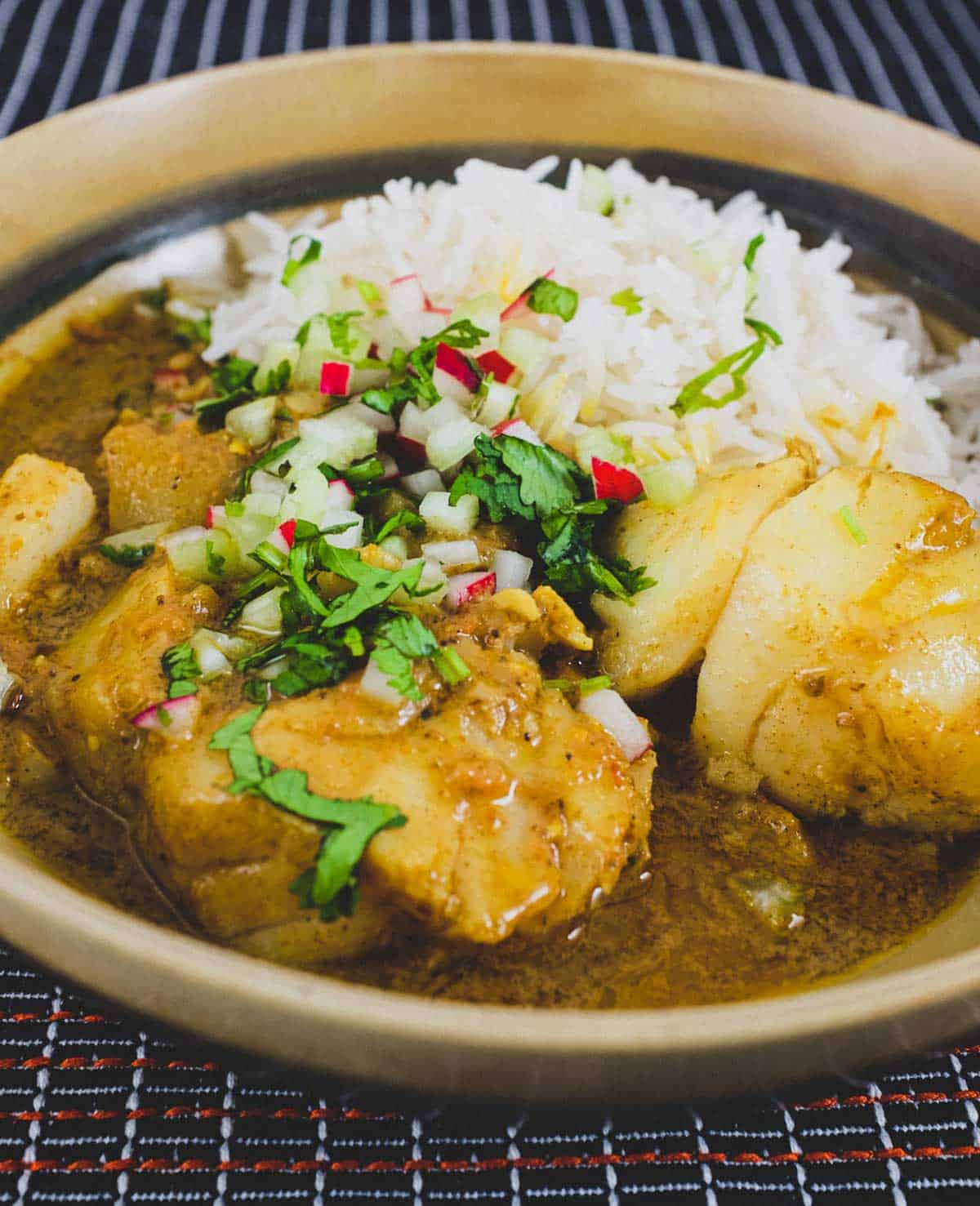 So, as you can see Macher Jhol is a really very easy to put together once you have those special ingredients. It’s long been one of my most favourite Indian curries to make at home (I know I say this about every curry I ever cook, but trust me on THIS ONE). It’s great for those chilli cravings (everyone has those, right?) without being a heavy, rich curry. I often want to eat lighter, brighter curries so this is when I turn to Macher Jhol.

Have a question about Macher Jhol or Fish Curry? Let me know in the comments.

Which fish is good for curry?

Yes, fish contains fewer fat and calories than meat or poultry. This Macher Jhol recipe contains only 538 Calories per serve and it’s super filling and delicious.

How do I make a creamy fish curry?

The use of coconut milk or cream in THIS recipe creates a creamy consistency. You can also use diary cream or add a blended paste made from cashew or peanuts to a fish curry to create creaminess.

If you like this delicious Macher Jhol Bengali fish curry, they you’ll love some of these other delicious recipes. 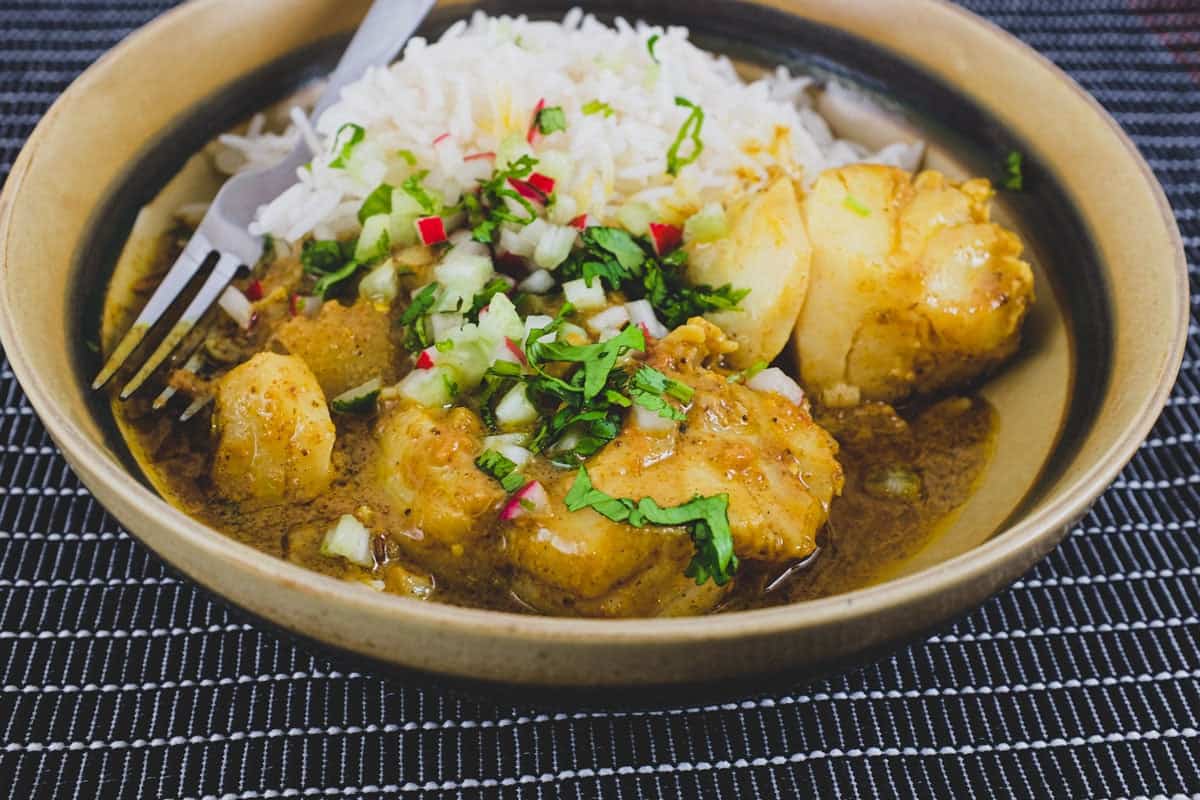 For the Bengal Curry Paste

For the Bengal curry paste

Ingredient Substitutions & Tips Garnishes – In addition to the garnishes in my recipe, you could also fry a few fresh curry leaves in mustard oil and scatter them over, or use fresh cilantro or mint. You can also scatter a little dried fenugreek leaves (methi Kasoori).