Rich and creamy, a decadent and luxurious and ancient curry from India’s north, Chicken Korma is a fragrant and flavourful extravaganza. One of the highlights of my many curries on the menu. Get the recipe…

Chicken Korma is an OLD favourite! By old I mean, this dish has been traced back to the 16th Century Mughal Empire. Derived from the Urdu word for 'Braise', qormā has been one of the most reveered and special dishes in all of India. As much as I love a quick curry (like South Indian Salmon Curry or Kolkata Shrimp Curry, there is something so rewarding about a long braised curry. Korma, a hugely popular curry around the world is one such delight.

It's not a hugely time-consuming curry, as it's chicken, the cook time is only 40 minutes so not a massive wait. I've also simplified my recipe to create a ready made spice mix from ground spices. Typically, the spices are roasted whole and ground into a powder which achieves a great flavour, but it's no great heartache or compromise to use pre-ground spices - it cuts out a step - a win! The flavour of this curry is insane, fragrant, earthy, a little sour (from the yoghurt) and a little nutty (from the almond flour). Dreamy!

Putting together the Chicken Korma.

Putting this curry together is really only a few simple steps.

What to serve with Korma.

Typically, bread is king in the north of India, so Korma works so well with piles of Naan, chapati or paratha, but the sauce is so addictive, that a good basmati rice is no second fiddle to bread. Why not do what I do and have both!? 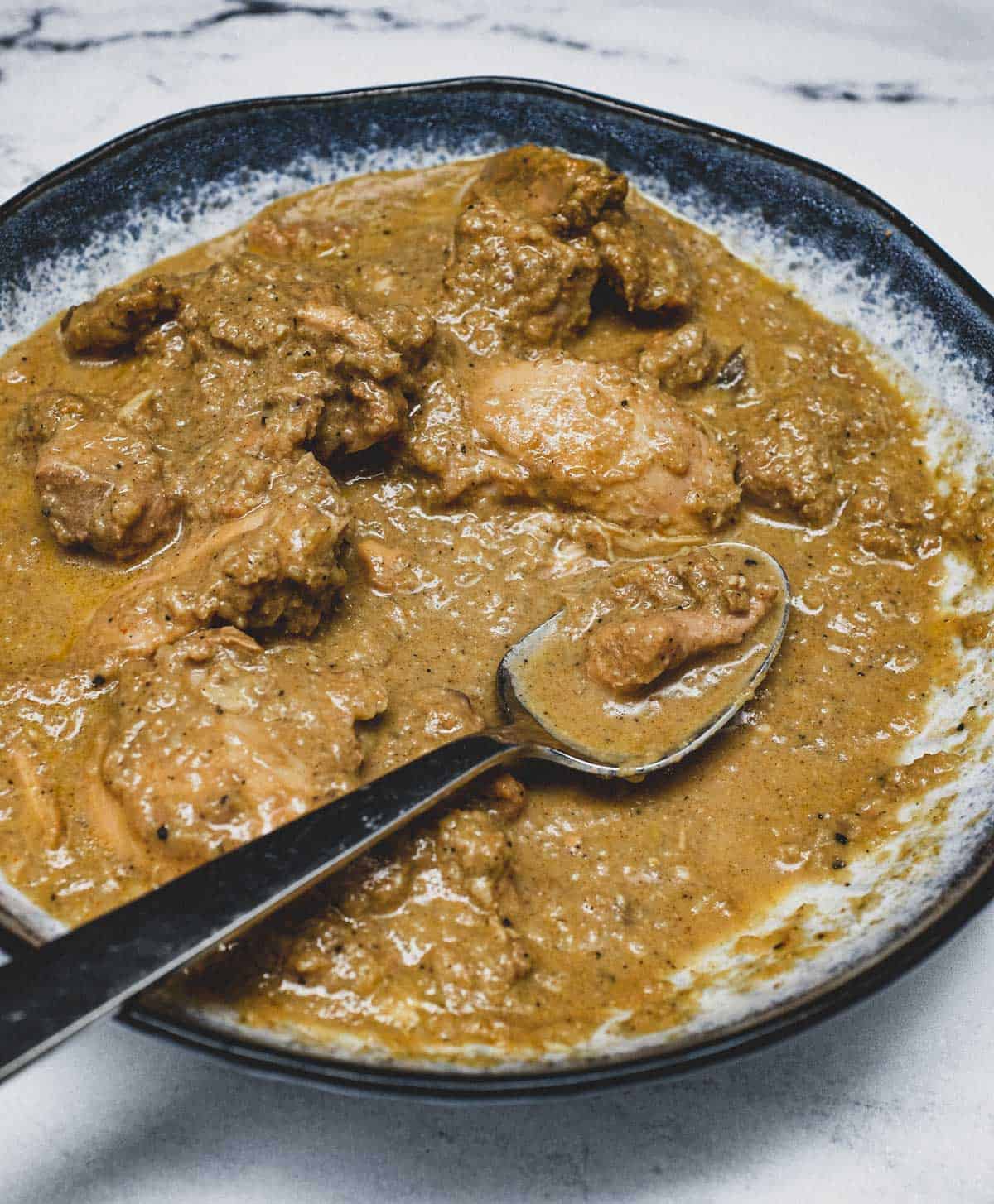 If I'm making Korma for a mid-week dinner, I'll just serve it on its own, but if I'm having a curry night (which I love at the weekend) I'll make a few dishes to accompany. I do love a selection of curries and other dishes on a table, where I can mix and match my flavours and textures. Typically with Korma I'll serve another meat curry and a couple of vegetarian too. Maybe a decadent Beef Balti, a Rajasthani Laal Maas (lamb curry) or a Bengali Fish Curry. For vegetarian offerings, maybe a Methi Mushroom Masala, Cashew Nut Curry or Red Moong Curry. I'll always serve a dal, my favourite is the creamy and rich Dal Makhani. You may also want to try a similar curry, Mughali Chicken - also a triumph of taste and texture.

Whether on its own or as a group offering, Chicken Korma is a stand-out dish that leaves a lasting impression. It's little wonder that it's one of the most popular Indian curries on the menu. It's certainly one of MY favourites.

How to make my Chicken Korma 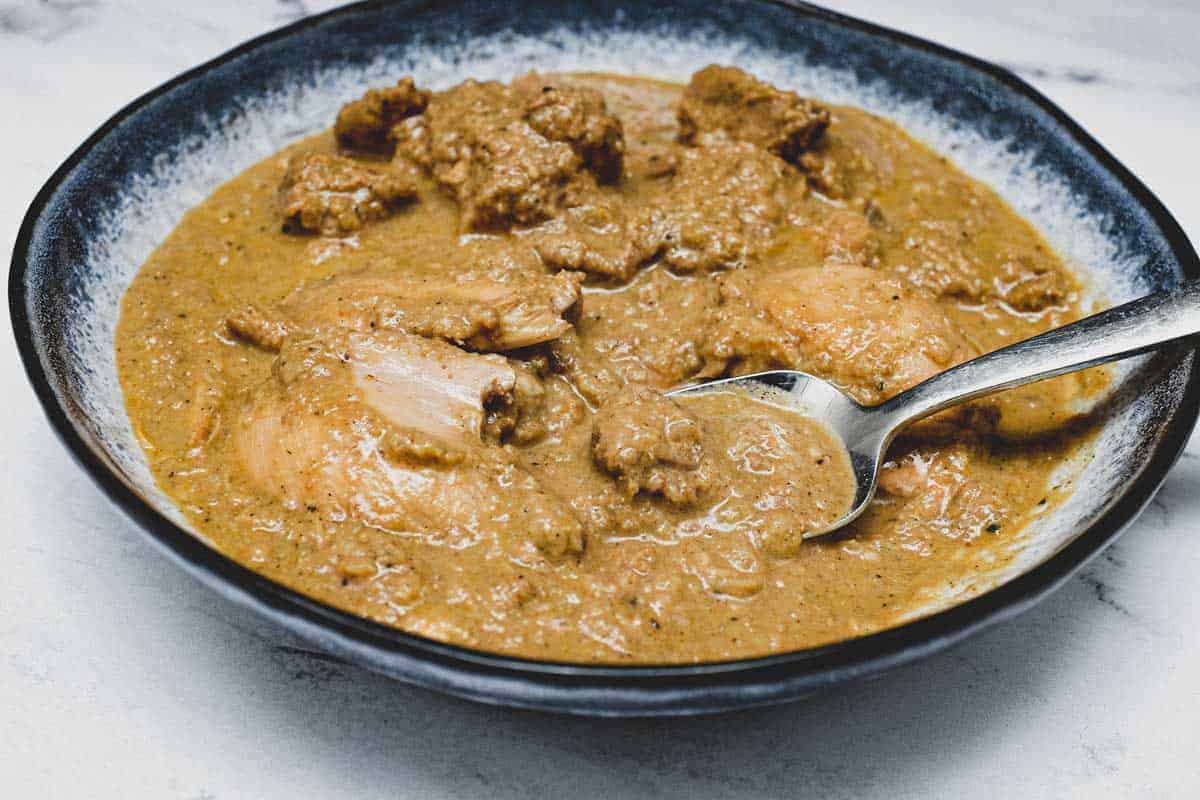 To make the curry paste

To make the onion paste

I like to serve mine with plenty of fluffy basmati rice, or a nice pile of assorted Indian breads like Naan, chapati or buttery paratha. I also often scatter the curry with toasted almonds and some freshly chopped cilantro. I also, at the request of a cookeatblog reader, one time drizzled a little (about 1/2 tsp) rosewater (kewra) over my bowl when serving and it was a revelation! Thank you reader!!

Did you make my Chicken Korma?