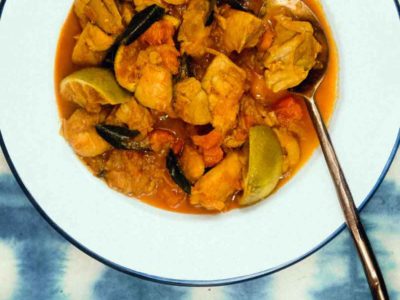 This British/Indian style curry is jam packed with flavour, colour and spice! A wonderful combination of all three. Learn how this curry came to be and more importantly, how to create the magic yourself at home… 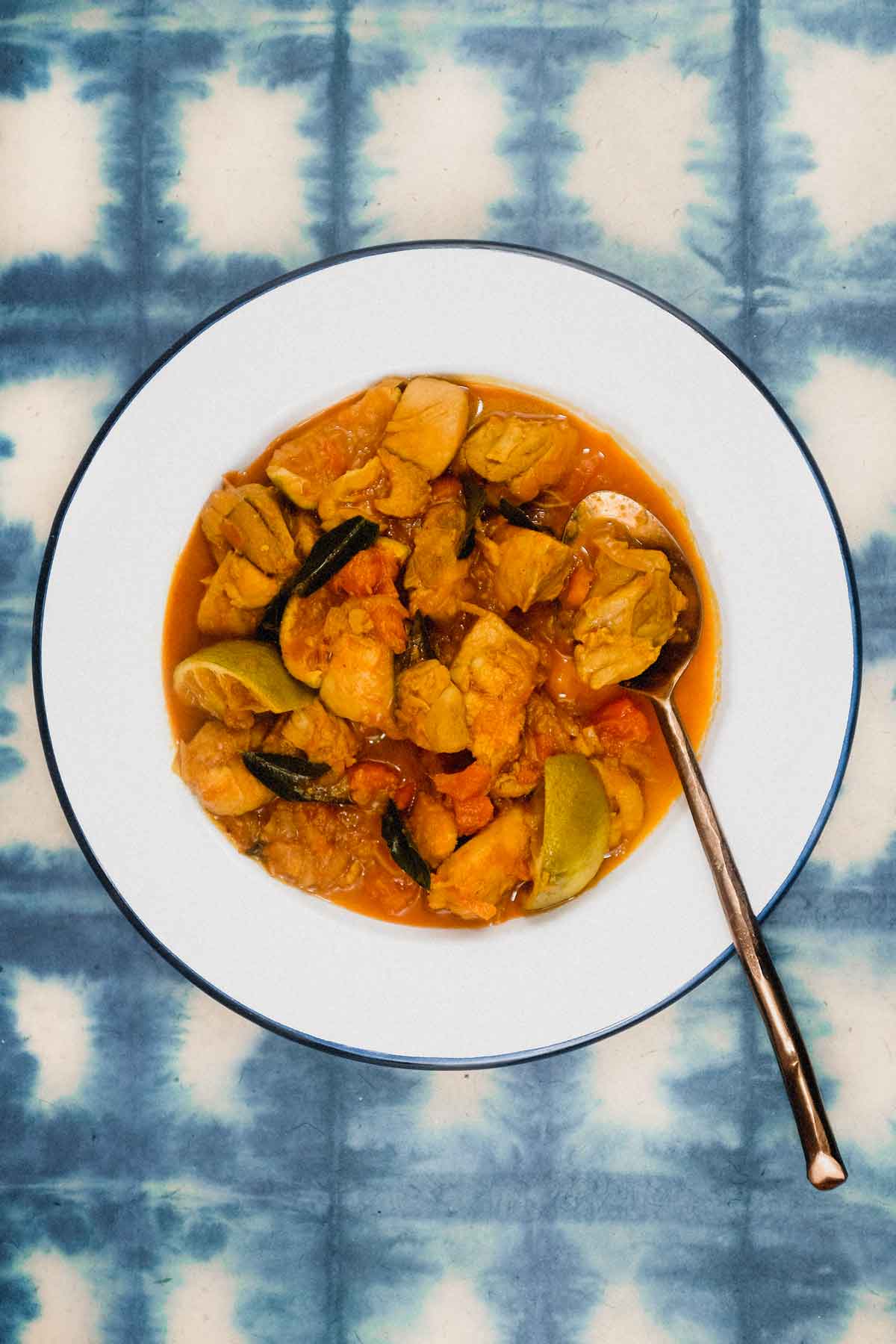 I remember fondly Chicken Pathia from my years growing up in the UK. Being a Brit, we are fond of the old curry house, where all manner of tasty dishes are served - some not seen anywhere else in the World. Chicken Pathia is one of those British India dishes that has its roots in India, but has also gradually morphed over generations into the dish I love today. It's so delicious and definitely serves its place as one of my 10 Best Chicken Curry Recipes.

An evolution of flavour from Persia to India to the UK curry house.

Its true beginnings lie with the ancient Persians who migrated into India, bringing with them cooking techniques and ingredients that would shape and transform Indian cuisine. One such dish was a sweet and sour stew that, when combined with Indian spices, created an early version of Pathia.

It was the Parsi (Persian) community of India that would keep this dish alive, and when they in turn migrated to the UK, brought with them. The curry houses of British Indian chefs continue to serve a version of this dish - I've never seen it on any Indian menu outside of the UK, but I often cook my version at home as a trip down memory lane.

In my early 20s, a night out was not complete without a trip to the Indian takeaway afterwards. I'd stumble in, alongside 5,000 other drunk people and something HOT and spicy to fill my belly. A Lamb Madras Curry, a fiery Chicken Vindaloo (if I was feeling particularly sadistic) or my favourite - Chicken Pathia!

Pathia is a spicy, sweet and sour concoction. Like the Vindaloo, it has a sour note, not from vinegar but Tamarind and Limes. These days, to make my life simpler, I use only limes and I have to say - the results are fantastic. Quite unlike any other Indian curry you're likely to sample. As I grew to understand Persian cuisine, I also tried this curry using dried limes (you can buy them from some Middle Eastern stores) and the flavour was dynamite. Don't worry though, fresh limes are great too!

The curry is hot by design, which was a craving after a night of beers, but the sweetness from the jaggery sugar and the sour, citrus hit of the lime cut through that spice to awaken a whole new flavour profile. It's a truly wonderful curry and my pathia recipe evolved over the decades into one of my most favourite to cook at home. It brings back fond memories of the blurry nights of my youth, and the empty cartons strewn around the living room floor like a Hansel & Gretel curry trail as I groggily surfaced the next morning. Memories! Or lack thereof.

How to make my Chicken Pathia 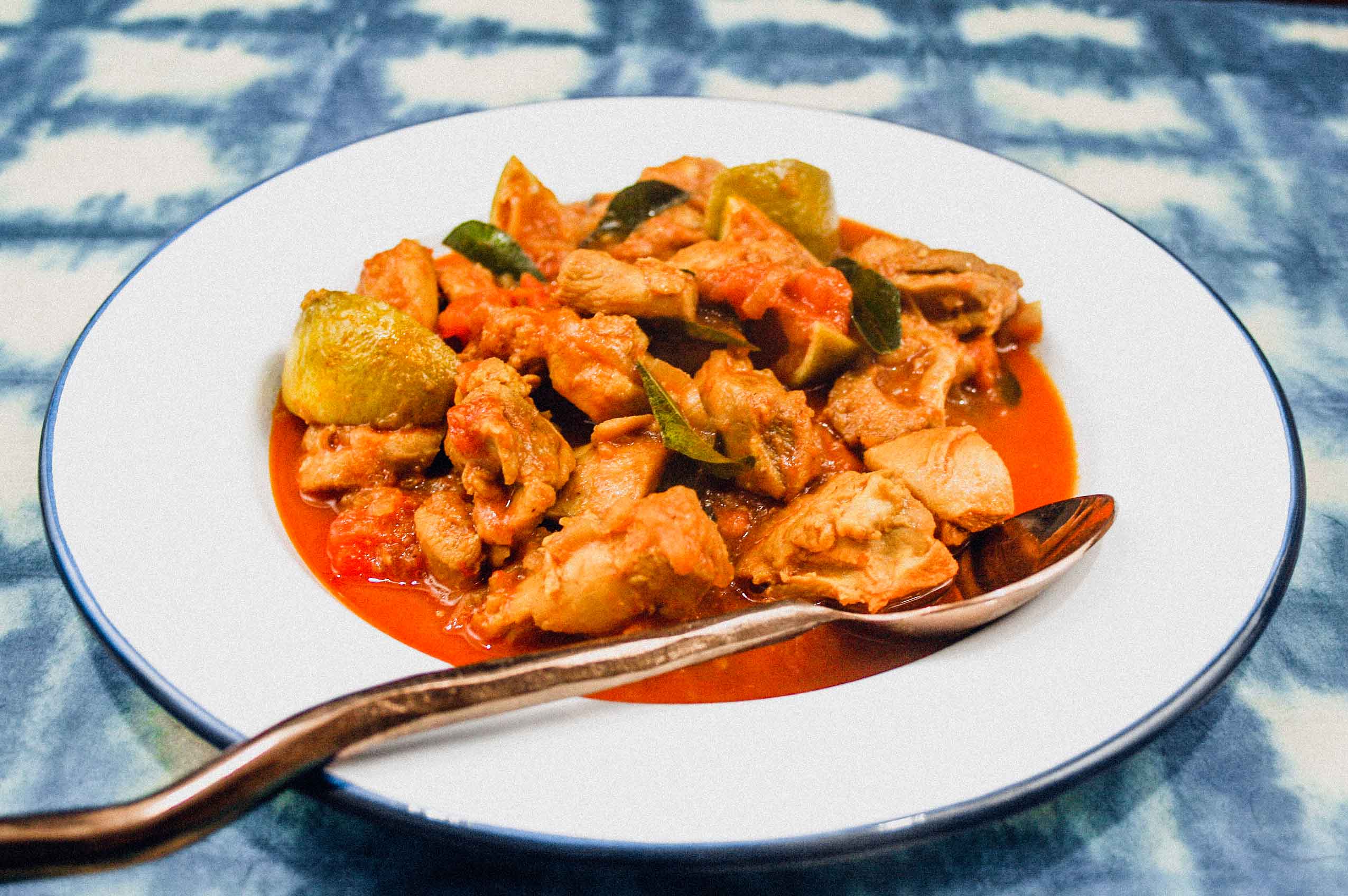 Did you make my Chicken Pathia?